By Newsroom on April 28, 2018Comments Off on Diageo VR Experience Brings the Reality of Binge Drinking to Life

Drinks giant Diageo is bearing its social responsibility with the release of an immersive virtual reality experience that aims to forewarn participants of the dangers of binge drinking. 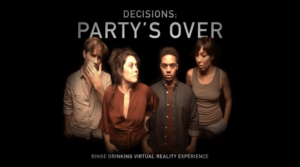 takes the form of a first-person interactive story. The cinematic experience features content created by Jaunt and is aimed at the estimated 7.8 million people in the UK who admit to having ‘binged’ on alcohol.

During the course of the presentation viewers can switch the narrative between each of four different perspectives, bringing each character’s experiences to life using synchronous storylines.

James Thompson, chief marketing and innovation officer at Diageo North America, said: “While drunk driving and underage drinking are at historic lows, binge drinking rates have remained stable. Diageo has long been recognized as an industry leader in responsible drinking programming, and our hope is to build on our previous successes with virtual reality to reach our audience on an emotional level and prevent future detrimental impaired decisions associated with binge drinking.” 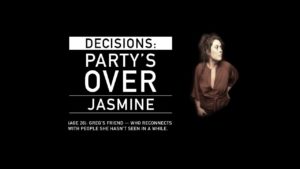 Jaunt’s co-head of studio, added: “Binge drinking can have very serious consequences, and by combining our tools with Diageo’s creative vision, we are able to create an experience that will leave a lasting impact on consumers as they navigate decisions in their lives around drinking responsibly.”

The VR experience can be viewed through the Jaunt app on Gear VR and Oculus Rift as well as on PlayStation VR, Google Daydream, Windows Mixed Reality, HTC Vive and desktop.

Diageo is currently investing £150m in a series of nationwide distillery experiences to promote Scotch whisky.

Diageo VR Experience Brings the Reality of Binge Drinking to Life added by Newsroom on April 28, 2018
View all posts by Newsroom →