Elegantly Packaged Feminist Beer Pushes Back at Sexism in Advertising

By Newsroom on March 26, 2015Comments Off on Elegantly Packaged Feminist Beer Pushes Back at Sexism in Advertising 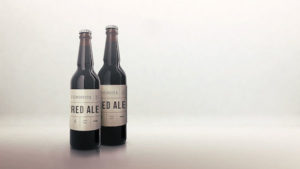 In too many beer ads, women are portrayed in sexualized, objectified stereotypes—more often than not, they are scantily clad. In some cases, these ads not only seem to condone, but actually encourage sexual harassment.

“We are advertising creatives working in a very sexist environment, and we started to grow uncomfortable with it,” says Thais Fabris, one of the founders of a creative activism group called 65 | 10 (the name comes from two facts: 65% of Brazilian women don’t feel like they’re represented in ads, and only 10% of creatives at ad agencies in Brazil are women).

While such sexism is generally observable in all kinds of ads, it is particularly blatant in beer advertising—as such, a group of advertising creative in Brazil decided to create a “feminist beer”, named “Cerveja Feminista,” which aims to raise awareness and combat this problem in the industry.

“She is either the waitress in the bar, a girl on the beach, or a prize the men get for drinking that beer. For us, it has many dangerous aspects, since it objectifies women and enables sexual harassment on a daily basis, on mass media. Even craft beers, which are also becoming more popular here, follow that path, with names like ‘Fatlicious’ or ‘Forbidden Lady.'” 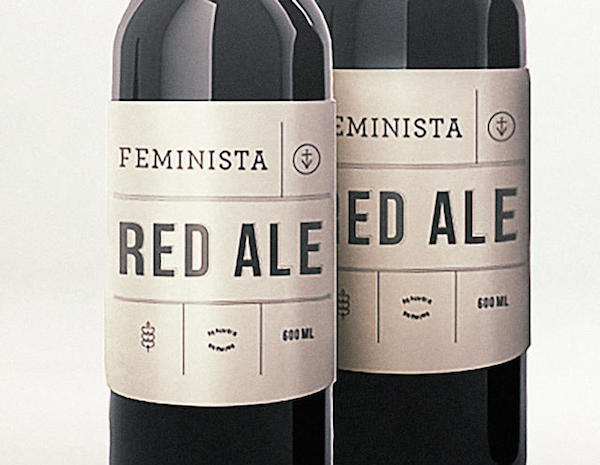 Featuring an elegantly minimalist, typographic label with “Feminist” written on it, its creators hope that it would help spread spread their message to as many people as possible, and start conversations about this social issue.

“Many people still think feminism is the direct opposite of machismo, meaning it is about feminine supremacy over men,” Fabris says. “For us, it is about equality. Of course empowering women is a part of it, but what we are trying to build is a society where men and women have equal rights, as simple as that.”

The group plans to produce as much of the beer as possible to share its message. “Our hope is that, once you put a beer on the table with ‘Feminist’ written on it, people will have no other subject to discuss,” she says.

How much can beer help? “Media shapes how society sees itself,” says Fabris. “If we can stop advertising that stereotypes women, we are changing an important part of our culture. It does not solve all the problem of machismo, of course—it has very deep roots in our culture. But it is one less part of this culture enabling this behavior, and that is a really important step.”

Elegantly Packaged Feminist Beer Pushes Back at Sexism in Advertising added by Newsroom on March 26, 2015
View all posts by Newsroom →