By Newsroom on December 5, 2016Comments Off on FCB Seoul’s New Ritz Spot is a Tasty Treat for the Ears

FCB Seoul has created a new film for Mondelez / Dong Suh Foods Corp. utilising the Autonomous Sensory Meridian Response (ASMR) sound design technique to launch Ritz Crackers in South Korea. ASMR refers to a physical sensation characterised by a pleasurable tingling sensation on the skin that typically begins on the scalp and moves down to the spine and the base of neck. It is commonly triggered by specific acoustic and visual stimuli. 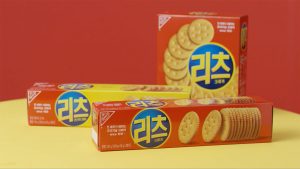 In collaboration with the renowned sound studio Dr. Hook and production company The Headliners, FCB Seoul has highlighted the unique crispy sizzle of the Ritz Crackers and invites the viewers to indulge in the world of Ritz’s rich flavours.

The film uses ASMR sound recording and mixing technology by dramatising the depth of sound levels. Sounds that would have otherwise been excluded in commercial film making, such as the fricative sound of the package, whispering, the crispy chewing of the cracker, and even the dropping of cracker crumbs on the table, were carefully planned and placed depending on the action of the model and the camera movement in the film. 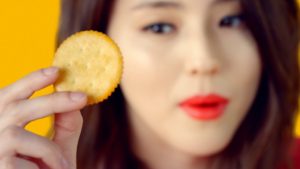 “Instead of simply mentioning ‘crispiness’ in the ad, we wanted to allow people to experience it. With the use of ASMR and sounds from the product, the film stays true to the essence of cracker, whilst standing out amongst noisy and loud snack ads in Korea today,” says FCB Seoul’s executive creative director Taejay Lee. The campaign film directed by Jay Jun will be supported with a 360° communication strategy across online, social media, cinema, TV, and POS.

FCB Seoul’s New Ritz Spot is a Tasty Treat for the Ears added by Newsroom on December 5, 2016
View all posts by Newsroom →