By Newsroom on June 16, 2015Comments Off on Fuller’s Asks Punters To Find Flavour With New Frontier Campaign 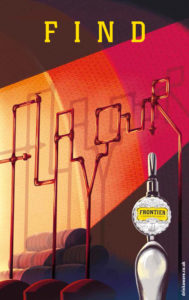 Fuller’s is bringing Frontier – its craft lager brand – to a new audience thanks to a digital and OOH campaign created by advertising agency The Corner. The London-based brewer’s ‘Find Flavour’ campaign launches today, targeting 25-45-year-old men drinking in East London.

Jane Jones, Head of Marketing at Fuller’s, said: “Our target audience is keen to try new things in everything they do – from film, to music, to food and drink. This is equally true when it comes to beer – they are looking for the more unusual brands on the bar, are happy to experiment and explore new flavours, and Frontier is perfectly placed to satisfy this curiosity. The Corner has delivered really successful campaigns for us in the past, especially for our London Pride brand in recent months, and we’re delighted to continue our relationship with the agency.”

Since its launch two years ago, Frontier, Fuller’s ‘New Wave Craft Lager’, has built a strong following. It is a firm favourite at food and music festivals and is now the brewer’s second largest brand in the UK. Fuller’s is now looking to extend the brand’s reach to an East London audience renowned for trying new things and exploring new flavours. 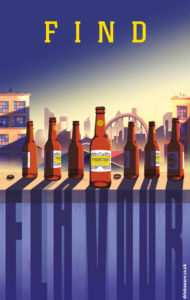 The Corner was tasked with building awareness in this crowded, highly competitive market, so created a tonally distinct campaign to set the lager apart – focusing on its unique flavour and encouraging a sense of exploration and discovery. The work includes bespoke illustrations by the artist Tom Cole, within which the word ‘flavour’ has been hidden, playing on the title of the campaign and encouraging a second look from the audience.

Neil Simpson, founding partner at The Corner said: “Fuller’s asked us to build awareness of Frontier lager in a very crowded, highly competitive market – we went for a distinct look and feel with the Find Flavour campaign in order to stand out from the crowd. The work reflects the brand experience from seeking to discovery, and then the reward of finding something fresh.”

The media buy includes a mix of traditional and non-traditional OOH sites around East London – six sheets, two East London mural walls, a 10×10 banner in Shoreditch and legal flyposting. This is coupled with digital buys including Timeout and The Nudge online. 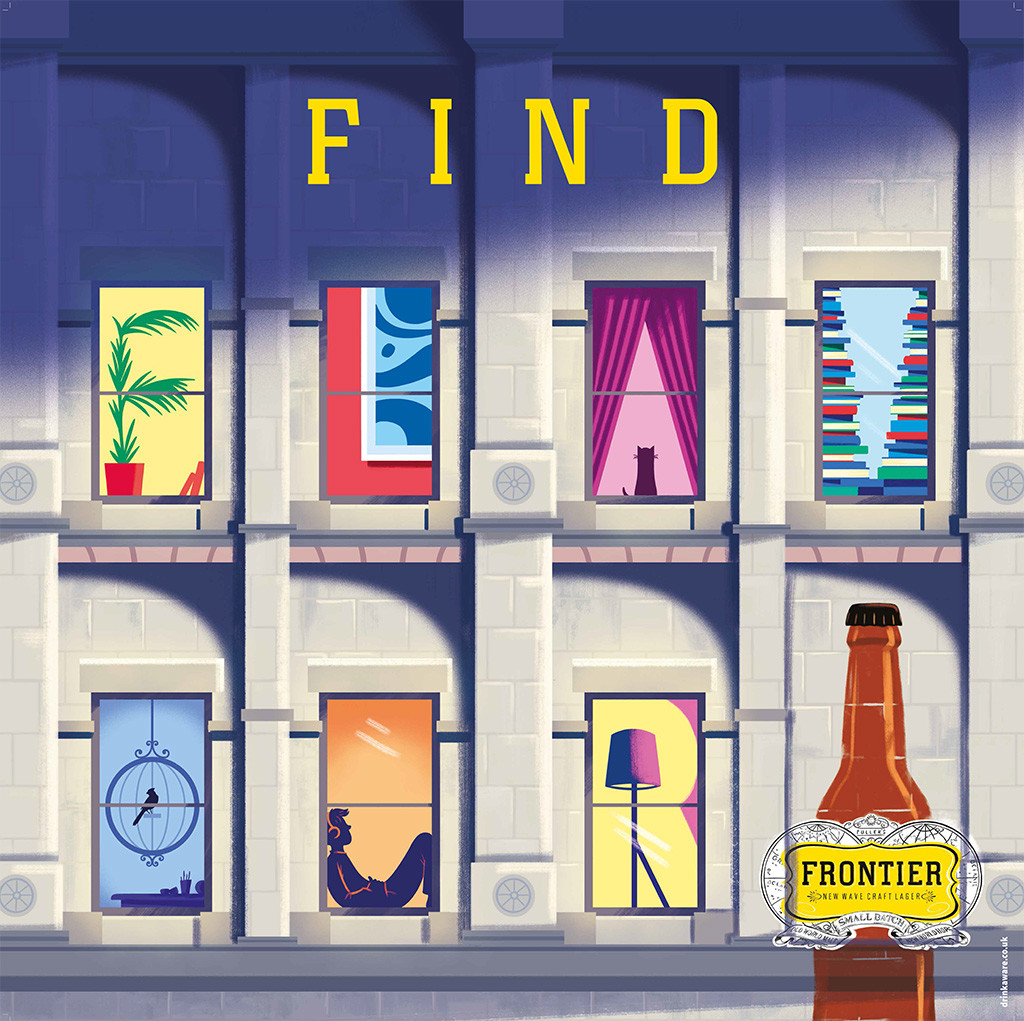 Fuller’s Asks Punters To Find Flavour With New Frontier Campaign added by Newsroom on June 16, 2015
View all posts by Newsroom →