By Newsroom on August 28, 2018Comments Off on Grandma Gets Sweet N’ Spicy in We Are Unlimited’s New Campaign for McDonald’s

McDonald’s launched a new advertising campaign featuring ‘Marianne,’ the grandma who is grateful to the burger joint for not having to cook because their chicken tenders taste so much like her own.

Here, she shows a spicier side, with a ‘Sweet n’ Spicy Grandmas’ campaign. Created by We Are Unlimited as a continuation of 2017’s Buttermilk Crispy Tenders ‘Grandma Has a Life’ campaign, the new creative features Grandma Marianne talking about how McDonald’s new Sweet n’ Spicy Honey BBQ Glazed Tenders are the perfect combination of sweet and spicy, just like her.

In one 30-second spot, she is seen knitting a sweater. Cut to an outside shot, where she’s joined by her friends, and watching a beefcake gardener, who is wearing the too-tight sweater.

Grandma Marianne will also express her ‘sweet and spicy’ personality in radio and online media, including on Facebook, Twitter, Instagram and Snapchat throughout September. She gives ‘Grandma’s Sweet n’ Spicy Advice’ in a series of videos running on Facebook, where she advises people on a variety of topics such as football, tailgating, weekend getaways, and gift ideas for Grandparents Day (September 9).

Glaze Craze was created in partnership with Snapchat. It is a Snappables game where users must glaze and toss as many McDonald’s Sweet n’ Spicy Honey BBQ Glazed Tenders as they can in a certain amount of time. Users can also challenge their friends to get in on the Glaze Craze fun and compete for the high score. 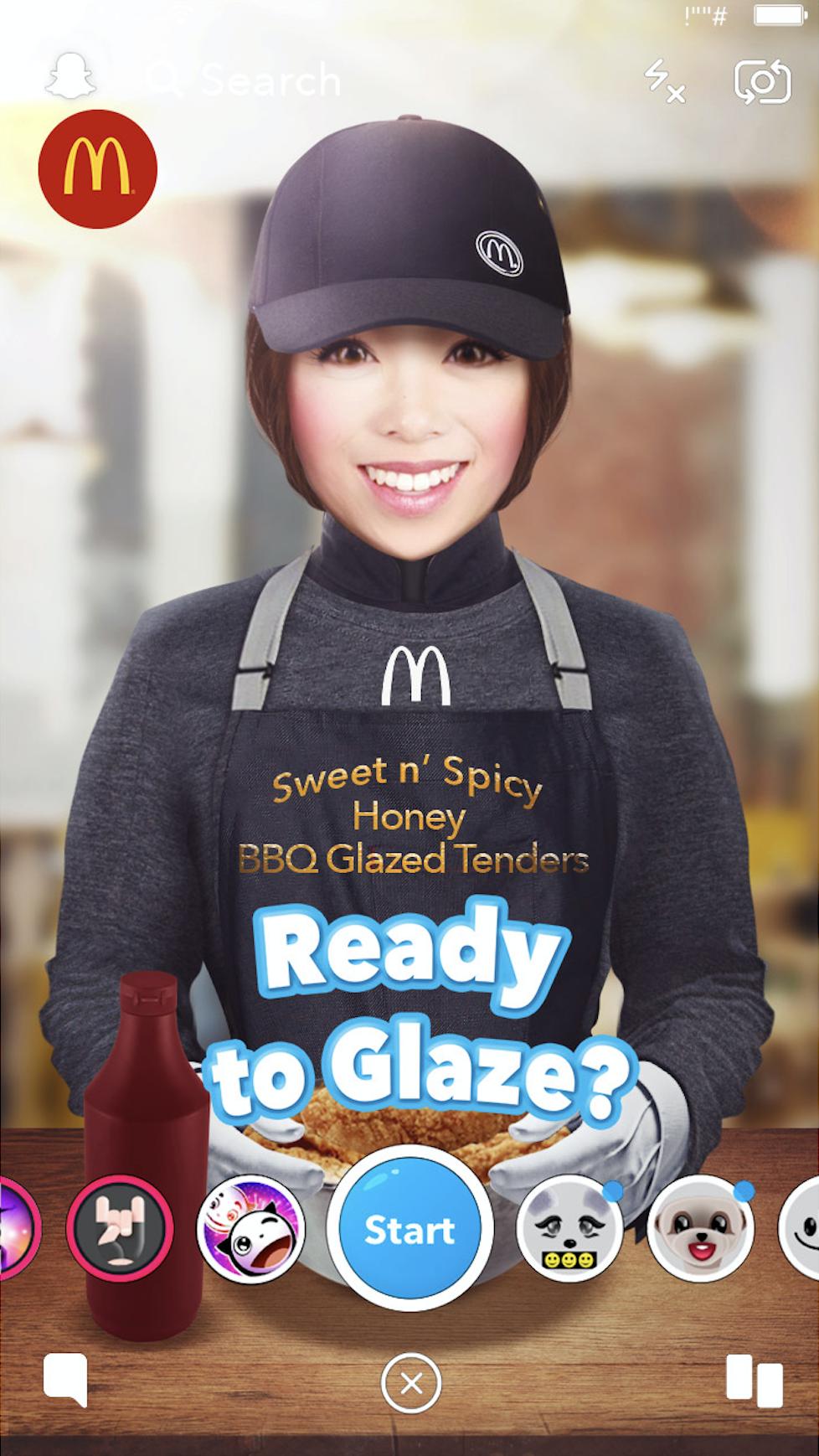 Grandma Gets Sweet N’ Spicy in We Are Unlimited’s New Campaign for McDonald’s added by Newsroom on August 28, 2018
View all posts by Newsroom →