By Newsroom on October 22, 2015Comments Off on Gravity Thinking Provide the Finishing Touch for Glenfiddich’s New Launch

Glenfiddich has created a new online film to promote the launch of 21 Year Old, a reserva rum cask finished expression from the Glenfiddich single malt range.

Digital agency Gravity Thinking devised and produced the film – The Finishing Touch – to capture ‘Raised in Scotland, Roused by the Caribbean’ story of the brand. The film brings together musicians from Scotland and the Caribbean to perform while using the science of cymatics to turn sound waves into shapes and patterns. 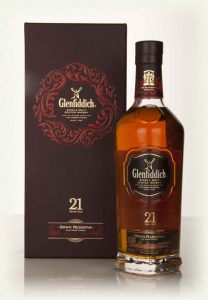 Working closely with production specialists, Loki Ltd and directing partnership at Sibling & Rival, Henry Temperley and Lara Stower, the film aims to provide a dramatisation of the craftsmanship of the Scottish distillery and the sweet flavour of the Caribbean rum casks in which the whisky is finished in.

Ifan Jenkins, global marketing manager for Glenfiddich at William Grant & Sons UK, said: “When we were presented the idea and how it was visually represented through cymatics, the team was incredibly excited. This was something Glenfiddich has never done before and exemplified the Maverick Whisky Makers of Dufftown attitude that we have when making our 21 Year Old whisky. By bringing elements of Scotland and the Caribbean together through music, we are hoping this film resonates with the Global audience through the visually arresting patterns created by cymatics and the music performed through the collaboration of these talented artists.”

Martyn Gooding, creative director at Gravity Thinking, said: “As online has become more film-based, the mistake is to feel we as an industry are off the hook and get back to making TV ads for Youtube. Consumers still feel the way they always have about disingenuous commercials. Our mantra is ‘show, don’t tell’. We needed to communicate the maverick nature of Glenfiddich as a brand, so the best way was to just go out and do something with this attitude in mind.”

“We could have done it all with computer graphics – but people would disconnect really quickly from that. We approached this more as a science and music collaboration than the making of an ad, and hopefully the authentic nature of that comes through,” added Martyn.

Gravity Thinking is a digital brand building agency based on the Southbank in London, working with clients including Allianz, Hendrick’s Gin, Disney and The Body Shop.

Gravity Thinking Provide the Finishing Touch for Glenfiddich’s New Launch added by Newsroom on October 22, 2015
View all posts by Newsroom →