By Newsroom on May 2, 2014Comments Off on Growth in UK Biscuits & Cakes Market Despite Rise in Home Baking 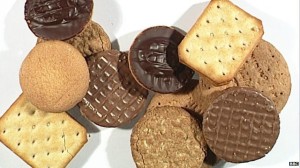 According to Biscuits & Cakes 2014, a new Market Update from market intelligence provider Key Note, the combined value of biscuit and cakes at retail in the UK rose by 3.6% between 2012 and 2013.

This growth is impressive given the rising popularity of baking from home. The trend for home baking can primarily be attributed to the popularity of television baking programmes such as The Great British Bake Off, the third season finale of which drew an audience of approximately 9.1 million people when it aired in 2013. Yet the growing popularity of baking from scratch is restricting potential market performance and has been restricting volume sales of biscuits and cakes in recent years. Consumers have realised that baking is fun as well as being a means of guaranteeing what ingredients have been used, as opposed to relying on complex food supply chains for ready-made products at retail.

Despite this trend, the size of the market expanded significantly in 2013 based on two factors. The first is inflation, the rate of which continues to rise. While this is continuing to place financial pressure on a large number of UK consumers, performance in the biscuits and cakes market has been fairly resilient, as consumers continue to treat themselves to relatively low-cost items. This has been exacerbated by manufacturers’ growing tendency to exploit seasonal product lines, encouraging consumers to buy impulsively based on limited availability. As such, despite the negative effects, inflation has contributed to an increase in market value. 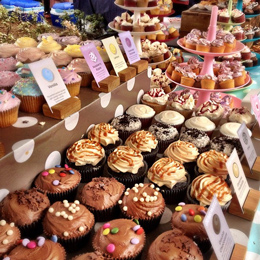 The second factor relates to the growing demand for convenience in the UK market. This has been fuelled by two significant innovations, which continue to bolster year-on-year sales. The first is breakfast biscuits, which offer busy consumers the chance to have a quick breakfast on-the-go. Fierce competition in this new category has led to further flavour innovations, which has increased penetration and product awareness. As such, the healthier biscuits subsector — within which these products are included — has expanded rapidly and continues to lead its respective sector. The second is the popularity of individually-wrapped cake slice multipacks, which also provide consumers with a more convenient means of consumption, as well as enhancing product freshness. This has encouraged sales in the individual cakes subsector and limited the negative impact from the declining demand for whole or large cakes.

However given the substantial influence of inflation and innovation on this market in 2013, long-term future growth has the potential to be unstable as the market deals with products saturation and increasing competition from rival markets, such as the confectionery industry. Over the next 5 years, inflation looks set to continue risingand as such, Key Note forecasts total market growth of 14.8% between 2014 and 2018.

Growth in UK Biscuits & Cakes Market Despite Rise in Home Baking added by Newsroom on May 2, 2014
View all posts by Newsroom →