By Newsroom on October 15, 2018Comments Off on HEINEKEN Announces Worldwide Partnership with Formula E 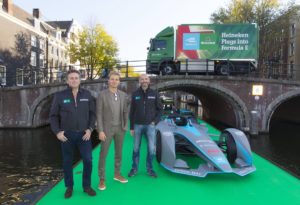 HEINEKEN and Formula E have reached an agreement for Heineken to become an official partner of the ABB FIA Formula E Championship. The five year partnership will begin in the forthcoming 2018/19 season and will see Heineken join the electric street racing series as Official Beer and Cider Partner.

Alongside taking the exclusive designation as a worldwide partner of Formula E, Heineken will also have substantial pouring, activation and access rights across events and key race locations; including Santiago de Chile, Mexico City, Rome and New York City.

Heineken will officially launch the partnership during the 2018/2019 season. The launch will include circuit branding, digital initiatives, PR activation and live fan experiences. Heineken will not be visible on any of the new-look Gen2 Formula E cars.

Gianluca Di Tondo, Senior Director Global Heineken brand at HEINEKEN, said; “Formula E gives Heineken an excellent opportunity to engage with current and potential millennial and GenZ (above LDA) consumers in key cities around the world. We will do this by showing fans unexpected and interesting facets of the sport, activating strongly around a number of select E-Prix in urban settings throughout the season. The new partnership complements our association with Formula One, and other sponsorship platforms such as UEFA Champions League and Rugby World Cup, which have proven highly successful in growing our global footprint as well as drinking occasions in targeted geographies.” 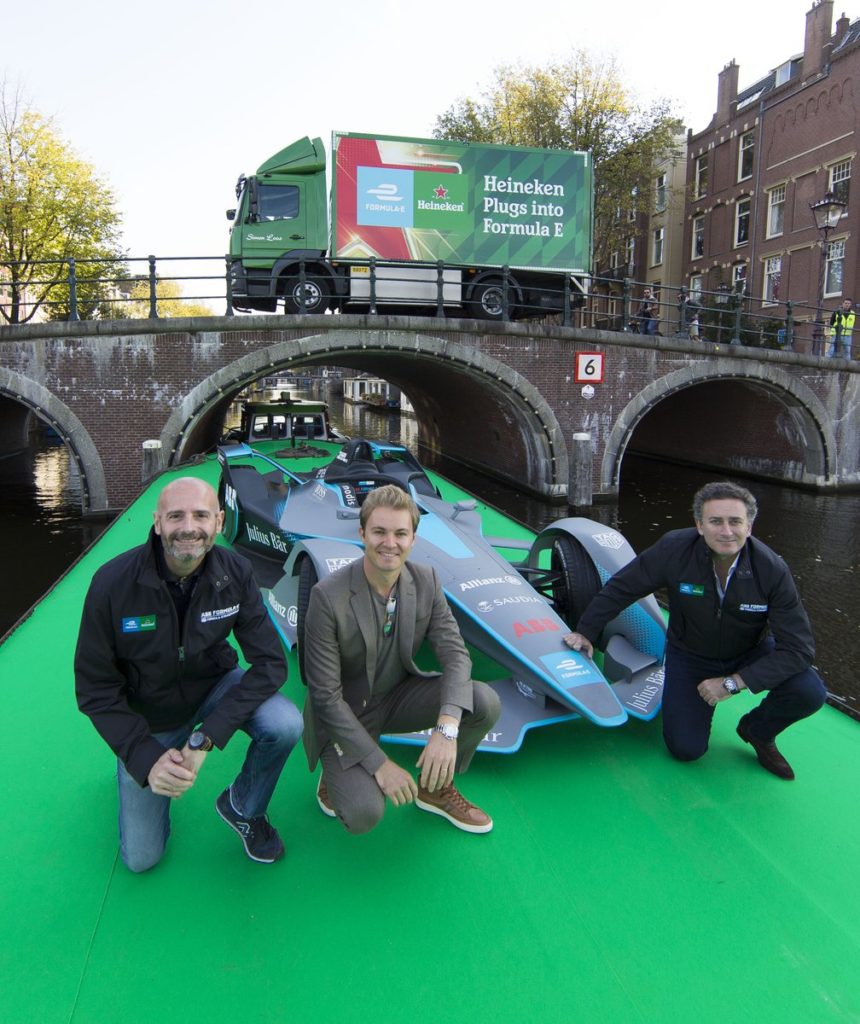 Founder & CEO of Formula E, Alejandro Agag, commented; “Heineken has forged a reputation for first-class fan engagement across various high-profile sponsorship properties around the world. We are very much looking forward to bringing their experience to the ABB FIA Formula E Championship. It is an exciting time for the series and the involvement of a global premium brand such as Heineken confirms that this is a property continuing on its way up.”

An important aspect to the Formula E partnership will be to further embed Heineken’s enjoy responsibly message, which is a key part of the company’s Brewing a Better World sustainability strategy.

The award-winning campaign, “When You Drive, Never Drink”, communicates a powerful anti-drink driving message where consumers are left in no doubt – when you drive, you never drink.

It reinforces the company’s view that when you’re behind the wheel, abstinence is the only option. Using the Formula One partnership as a platform, the campaign was launched in 2016 with a hero film, featuring road safety pioneer and F1 legend, Sir Jackie Stewart.

In 2017, Heineken conducted wide ranging global research into behavioural drink driving triggers. The insights from this have enabled the brand to better target its marketing in order to reduce drink driving. The 2018/19 campaign features a robust behavioural change programme and a new communications campaign, featuring former F1 World Champion and Formula E investor and ambassador, Nico Rosberg, both with a clear commitment to drive real change.