By Newsroom on December 14, 2015Comments Off on Heineken & Boston’s Concepts Debut Motorcycle Jacket for #heineken100 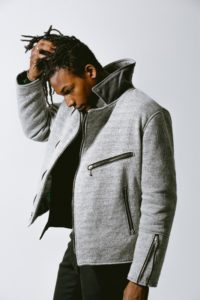 Heineken USA unveils a specially designed Vanson motorcycle jacket in partnership with Boston-based boutique Concepts, marking the last of five premium collaborations Heineken will launch in 2015. The outerwear piece will make its debut at a celebration at Concepts’ Harvard Square location, and five attendees will have the opportunity to receive the custom item.

For its sixth year, the #Heineken100 program teamed up with legendary men’s fashion stores in five of its fans’ favorite US cities. These included Concepts in Boston, KITH in New York City, Union in Los Angeles, RSVP Gallery in Chicago and Alchemist in Miami. Each partner crafted a unique set of just 100 products that were unveiled at launch events and seeded to 100 national influencers. 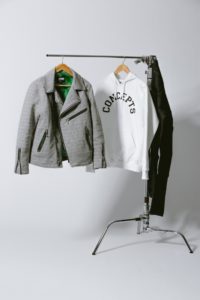 “We wanted to create a piece that captures metropolitan style, while pushing the envelope on the 2015 program’s jersey knit theme,” said Concepts General Manager Deon Point. “We worked with Heineken and Vanson to produce a distinctive motorcycle jacket in grey fleece that incorporates Heineken-green lining.”

“2015’s #Heineken100 program has been more successful than ever before, and has allowed Heineken to connect with stylish beer drinkers on a local level via both the custom goods and the City Guide,” said Heineken USA Brand Manager Raul Esquer. “We’re proud to close this year’s #Heineken100 program on a high note with such a visionary Boston tastemaker.”