By Newsroom on October 31, 2013Comments Off on Heineken Renews UEFA Champions League Sponsorship

Heineken announced the extension of its sponsorship with the UEFA Champions League.

The new agreement, means that Heineken the leading international, premium beer brand will continue as an official partner of the world’s most prestigious club football competition up to and including the 2017 / 2018 season.

The UEFA Champions League sponsorship is a crucial element of the brand’s growth strategy in emerging markets.  As part of its on-going ‘Road to the Final’ campaign, Heineken has also announced the dates and venues for the successful UEFA Champions League Trophy Tour presented by Heineken. 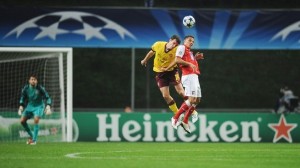 2014 represents the brand’s eighth consecutive Tour with a global itinerary that covers South America, Africa and Asia – giving fans across the world the opportunity to see the Trophy first-hand, meet superstar footballers and to see a fantastic range of UEFA Champions League memorabilia.

Alexis Nasard, Global Chief Marketing Officer and President of Western Europe, at Heineken, said: “The UEFA Champions League’s unrivalled international reach and professional standards make it the perfect match for Heineken. It is one of the brand’s main engagement pillars, and as such we strive to constantly strengthen and broaden our activation through innovative marketing and our global footprint. We are privileged to offer our consumers the unique experience and thrill of the Champion’s League.” 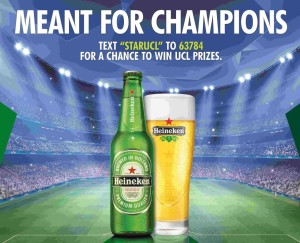 Commenting on the renewal Guy Laurent Epstein, Marketing Director at UEFA Events SA said: “We are very pleased to extend until 2018 our relationship with our long-term partner, Heineken. We hugely value the global support of the UEFA Champions League promotion by such a prestigious international brand, and are very excited for what the next chapter in this partnership will bring”.