Heineken Return to the Job Market with Go Places Campaign

By Newsroom on September 15, 2016Comments Off on Heineken Return to the Job Market with Go Places Campaign

In 2013, Heineken scored a couple of FAB Awards with “The Candidate,” an internship contest that generated over 1,700 global entries.

Now, the brand is back to recruiting with “Go Places,” led by a video (above) inviting talent to respond to 12 questions, which must be answered in three to five seconds. Based on the Enneagram model, the results give you a personal profile, which must be sent along with your résumé when applying for your Heineken dream gig on LinkedIn.

The “Go Places” site, created over one and a half years by Wefilm, Cloudfactory and Superhero Cheesecake, who managed the technology and interactivity, makes the interview process feel thorough, quick and surprisingly fun—if sometimes reductive.

“Heineken revolves around the personality of their employees, and they want these personalities to thrive. That’s the main message that had to come across in a way that stands out from all other HR campaigns,” explains Wefilm director Lennart Verstegen. “This has to be the first time HR has released a really cool campaign, reflecting values in a way only Heineken can: Ever witty and smart.”

The interview is also packed with nifty localizations—a tribute to how attentive Heineken is to detail. This affects everything from the Interviewer’s clock, which shows your local time, to the beers and food he flashes before you at rapier-speed.

“You see empanadas when watching in Mexico, and a noodle soup when viewing in Vietnam. The same thing occurs when presented a local beer—you see one that is actually local in your market: Amstel beer in the Netherlands and Star Beer in Nigeria,” says Verstegen. “This way we can make the process highly relevant to different cultures, without it really sticking out like some crazy trick. It’s something I think is highly classy and intelligent.” 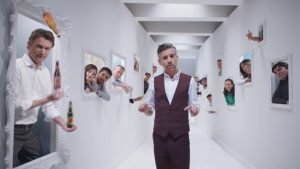 Once you’ve got your results, you’re driven to Heineken’s LinkedIn page, where you can sift through job openings and find one you like best.

The story behind “Go Places” is rich and nuanced, informed by the real adventures of Heineken employees.

“They wanted it to be a manifesto internally, for new employees and for new breweries, so they would feel what Heineken Company was about,” says Cloudfactory creative Jessica Kersten. The work, she adds, was fueled by two major insights: serendipity, and protecting the idea’s soul in execution.

“The first day we started to work on the big idea, we stumbled upon an article in a Dutch magazine lying in our studio about Freddy Heineken,” Kersten goes on. “The subject was how Freddy recruited his top talents. He had an interesting final interview that is quite different from what we know in the corporate world today. He used to invite the candidate and his wife—not too many female candidates at that time!—for dinner.”

“Freddy knew that even though someone had all the right skills and experience, the personality mattered as much,” says Kersten. “He wanted managers that could handle difficult situations in different countries around the world. It would be romanticizing the creative process to say that ‘Go Places’ was born that day, but we kept that inspiring story at the center of our idea.”

“It was like Freddy’s ghost gave us the key!” Cloudfactory creative Sandrine Huijgen exclaims.

Huijgen adds: “We spent a lot of time interviewing employees. As during Freddy’s time, employees are being sent around the world in difficult missions and need their personality as much as their skills to be successful.” 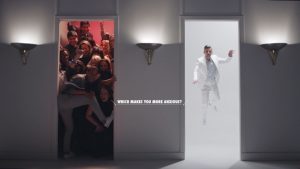 As far as Verstegen is concerned, “Go Places is game-changing, delivering a punchy message in a dry, corporate environment. We took Heineken’s wish to come with something that exceeds all expectations within that very serious ‘corporate world,’ and it is hopefully regarded as a place where people can be better off than before.”

“If you take the Interview, you feel the Heineken Company is unlike any other,” Kersten adds. “When you go through the questions and feel the humor, the energy and vibrancy of the employees, you want to join them! Finally, an interview is in reality a moment when a company and a potential employee evaluate if they are going to be a match.

“This is exactly what our interview is doing,” she concludes. “After you’re done, you will either think, I love this company or This is not for me. Heineken will use the results to talk about your personality in a real Interview, and assess it to fit the company culture.”

The campaign is currently live on LinkedIn and Facebook. 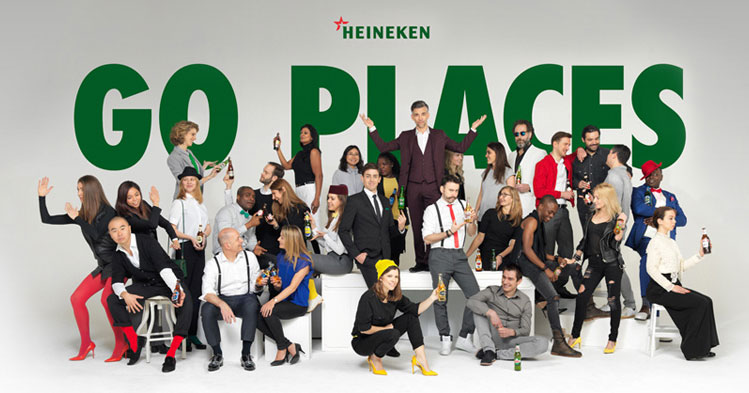 Heineken Return to the Job Market with Go Places Campaign added by Newsroom on September 15, 2016
View all posts by Newsroom →