By Newsroom on August 23, 2013Comments Off on Heineken Steps-up Efforts to Woo Older Drinkers 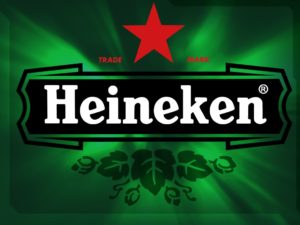 Heineken is beginning to test crowd sourced ideas for products designed for older drinkers, such as bottle shapes and beer recipes as it looks to innovation to offset ongoing declines in Western Europe.

The brewer is to consult consumers and beer experts on three ideas – a range of beers containing iron, a new bottle shape and a series of wine-flavoured beers – in an effort to launch marketing initiatives that broaden the appeal of its products to the 60+ consumer.

Heineken is hoping to use the insights to bring the ideas to market in the coming years. It also plans to source strategies from the platform to make existing products such as Amstel and Birra Moretti more engaging for older drinkers after admitting that it has been too focused on competing at the “younger end” of the market.

Ellen Bark-Lindhout, innovation program manager at Heineken, told Marketing Week the strategy is focused on understanding the “needs and lifestyles” of older drinkers without “explicitly telling them that they are old.” 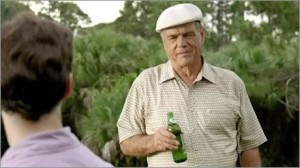 This is a long-term process for the business. We see more routes to market in  understanding the target group really well and based on those insights developing propositions across our portfolio that are going to resonate with their lives. It’s not just about having just a beer for 60+ drinkers.  We will research the three finalists from the crowdsourcing project and see how they compare with other ideas we’ve got for the target group. At the moment, it’s about looking at the technical and commercial aspects of developing these brands in the current climate.

The brewer is targeting older, more affluent drinkers in an attempt to steal a march on its rivals. The number of people over 65 in the UK is set to rise by 50 per cent in the next 20 years making it the fastest growing segment of the population, according to Age UK, while globally those over 55 will account for more than half of the consumer spending growth in developed markets, reveals Boston Consulting Group.

It is part of Heineken’s wider strategy to boost revenues from innovation and diversify its brands in the face of waning demand in its traditional western European stamping ground – which accounts for 40 per cent of its total sales. Revenue for the region fell 5 per cent year-on-year in the first half of 2013.