By Newsroom on January 11, 2016Comments Off on Heineken Turns to Women to Help Curb Men’s Drinking in New Push

Heineken turns to women to help curb men’s drinking in a global ad that champions moderation.

The ad, called “moderate drinkers wanted”, was created by Publicis Italy and will air across 30 markets worldwide from 13 January.

The spot shows frustrated women striding through the city and singing I Need A Hero as drunken men slump and slumber in nightclubs and bars. At the end of the ad, a man charms the woman serving him drinks in a bar when he turns down a second bottle of Heineken and leaves with his faculties in tact. 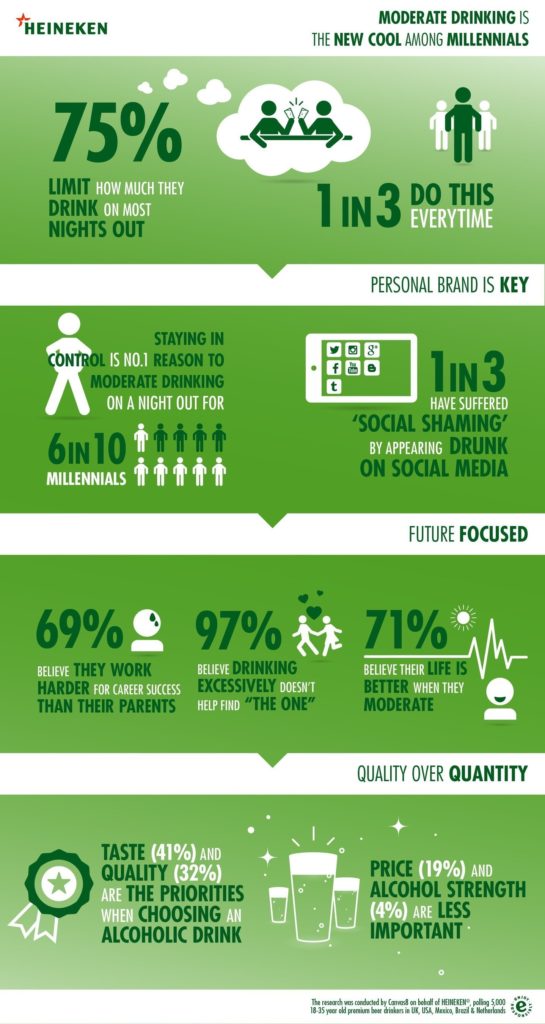 Heineken released the ad after polling 5,000 21-35 year-olds about their drinking and finding that, among other things, wanting to be in control of their image and the threat of being shamed on social media was spurring them to drink less.

The brand has been running ads that promote responsible drinking since 2011, beginning with its “sunrise belongs to moderate drinkers“, which was followed by its 2014 ad, “dance more, drink slow“. But this is the first time that the brand has attempted to enlist the help of women to promote the message.

Heineken has put 10 per cent of its annual marketing budget into this campaign. The work was written by Michele Picci, art directed by Simone di Laus, and directed by Nicolai Fuglsig through MJZ London.

The research on millennials’ drinking habits was conducted by Canvas8, on behalf of Heineken. According to the report, which polled 5,000 people across five countries, 59 per cent of millennials limit their alcohol consumption because they don’t want to lose control, while 36 per cent say they’ve been shamed by appearing drunk in pictures on social media.

Heineken Turns to Women to Help Curb Men’s Drinking in New Push added by Newsroom on January 11, 2016
View all posts by Newsroom →