By Newsroom on April 13, 2018Comments Off on Hennessy Highlights Historic Cycling Champion Marshall ‘Major’ Taylor in Latest Campaign by Droga5

Even if you are a cyclist, you may not recognise the name Marshall ‘Major’ Taylor. Cognac brand Hennessy, however, is bringing back the memory of the man who was at one time the world’s best bicycle racer. 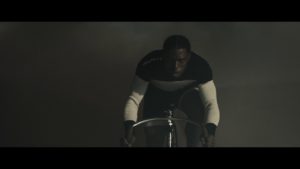 Hennessy has launched ‘Major,’ the fifth instalment of the brand’s ‘Wild Rabbit’ campaign. The creative, by Droga5, brings to life the spirit of Hennessy’s ‘Never stop. Never settle,’ mantra through the remarkable story of Taylor.

In the late 1890s, Marshall ‘Major’ Taylor became the best cyclist of his time, and throughout his career dominated his competition in the US and abroad, despite fighting through blatant racism. He held seven world records by 1898, and in 1899, became the first African-American to win a world championship. As one of the world’s first international sports stars, Taylor became an unrivalled champion.

A 90-second video recreates Taylor’s track racing and tells his story, and how he was never able to find a competitor as driven as himself. It ends with a shot of the Hennessey bottle and the question: “What’s your White Rabbit?” 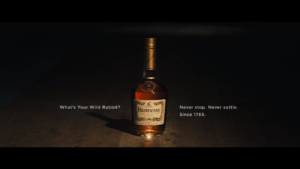 The question embraces the theme of pushing one’s potential through the stories of extraordinary individuals whose inner drives pushes them. Now in its fifth iteration since launching in 2012, the campaign has featured celebrities like Nas, while also shining light on lesser known historical heroes like Taylor.

“The story of Major Taylor is one of a dominant champion whose search for rivalry pushed him deeper into competition with his own self; it was thrilling to visualise the psychology of his chase for perfection,” said executive creative director Alexander Nowak of Droga5.

To further tell Taylor’s story, Hennessy is partnering with ESPN to introduce the pioneering cyclist’s legacy in a short-form documentary with commentary from BMX rider Nigel Sylvester and road cyclist Ayesha McGowan. The film, airing April 22 on ESPN, invites viewers to discover Taylor’s drive, determination, and ongoing quest to pursue his dreams as he broke barriers. 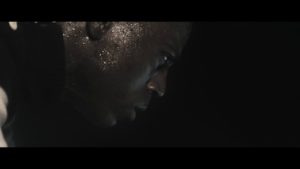 “Marshall ‘Major’ Taylor’s perseverance to achieve new levels of greatness despite adversity is universally inspiring,” said Giles Woodyer, senior vice president of Hennessy US. “His tremendous accomplishments are truly impressive and exemplify his ongoing pursuit to break boundaries. We feel it’s important to shine a light on this story and hope it inspires people around the world to push the limits of their own potential.”

To modernise Taylor’s unique story, Hennessy is collaborating with contemporary visionaries in music, art, fashion and philanthropy who have been moved by Taylor’s story, including brand partner Nas, who lends his voice to Taylor in the new ‘Major’ TV commercial. Also, artist and cycling enthusiast Kadir Nelson created a modern bronze sculpture titled ‘The Major,’ and the National Brotherhood of Cyclists (NBC) and Hennessy will honour Taylor through education and tribute rides around Taylor’s birthday.

In addition, designer Kerby Jean-Raymond of Pyer Moss, known for his original motocross and cycling collection, is unveiling a cycling-inspired apparel line available for purchase in June on PyerMoss.com, with a portion of the proceeds from the collection benefiting the NBC.

The marketing campaign will continue across social, mobile, desktop and TV throughout 2018.