By Newsroom on June 19, 2018Comments Off on Hennessy Teams with Art-World Phenomenon Vhils for the 2018 Very Special Limited Edition Bottle 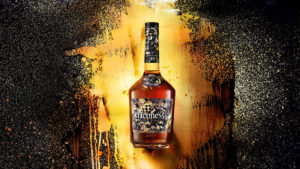 Hennessy, one of the world’s best-selling Cognac, announced its collaboration with urban artist Alexandre Farto – aka “Vhils” – for the 2018 Very Special Limited Edition bottle.

Rooted in the artist’s motto of “Making the Invisible Visible,” the custom-designed bottle opens an exciting new page in Hennessy’s longstanding tradition of artistic partnerships.

The bottle is the eighth in an ongoing series of innovative collaborations between Hennessy V.S and several internationally renowned artists and will be available across the U.S. starting in July. 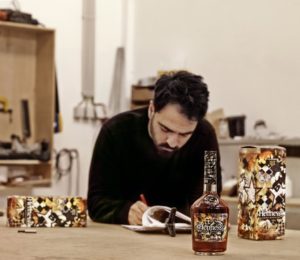 On the surface, Vhils is a graffiti writer turned art world phenomenon, but he is much more than that: Vhils is sui generis: innovative, visionary, in a class by himself.

Distinguished as the great disrupter of his generation, Vhils is often described as an “urban archaeologist” who gleans inspiration from growing up in the fast-changing capital of post-revolutionary Portugal.

Having established his signature on city walls, Vhils quickly moved on to pioneer a new form of urban expressionism through monumental portraits cut, composed, chiseled or exploded from built-up layers of paint or paper, stone, wood, steel or concrete and infused with the color and energy of the hip-hop music scene. 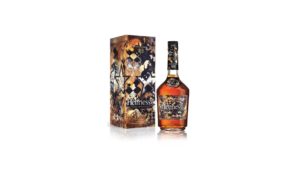 For Hennessy, Vhils’ approach to his art is a fitting metaphor for the art of Cognac-making: both rely on the unpredictable, immutable force of time and elements. For each, the creative process is a poetic quest to make the invisible visible.

“When I discovered the story behind Hennessy, I realized that this collaboration was a perfect fit with my art and ideals. I’ve been pushing the boundaries for 10 years, but then I realized that Hennessy’s been doing it for more than 250!” Vhils explained. “Whether it’s about exposing the nature of a city or blending a perfect Cognac, for both of us, the essential element is time. You have to wait for it, let it do its job, and then work with the layers time has shaped. There’s no speeding up the process and there’s always an element of risk-taking.” 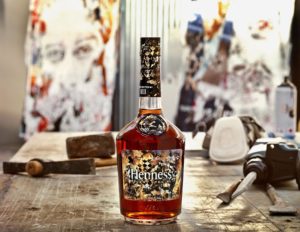 As the guest artist for Hennessy Very Special Limited Edition 2018, Vhils selected hallmarks from the Hennessy archives, such as the Three Star emblem, and reproduced Cognac’s amber hues through experimentation with paper, heat and acid.

To celebrate this collaboration, Vhils will embark on a worldwide tour with Hennessy to reveal the new V.S Limited Edition bottle and create immersive new art experiences. Selected stops in this global project, including New York and Chicago, will be the stage for revealing new, site-specific Vhils works that reflect the spirit of Hennessy and the art of making the invisible visible.

The Hennessy V.S Limited Edition bottle by Vhils, approximately $32 (750ml), will be available for purchase starting in July at fine retailers nationwide in the US.

Hennessy Teams with Art-World Phenomenon Vhils for the 2018 Very Special Limited Edition Bottle added by Newsroom on June 19, 2018
View all posts by Newsroom →