By Newsroom on November 26, 2018Comments Off on Hotel Chocolat Continues Global Expansion with New Store in Japan 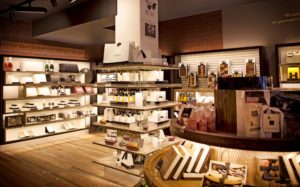 Hotel Chocolat has opened its second store in the Asia Pacific as it continues its overseas expansion.

The British luxury chocolatier had announced in September it planned to open stores in Japan as part of its “test, learn, grow” approach of expansion. Its new store in Japan is located at Tokyo’s Aeon Lake Town shopping mall, which is the largest in the country.

The brand’s first store in APAC is located in Hong Kong.

“The reaction to Hotel Chocolat in Japan on our first day of trading last week was hugely encouraging. Customer engagement, media attention, and sales performance were all well ahead of expectations,” said Angus Thirlwell, co-founder, and chief executive of Hotel Chocolat. 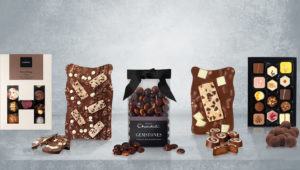 “Our portfolio of products landed with aplomb. Hot Chocolat drinks, our 8g sculpted chocolate batons, and our Selector range were all in high demand. We look forward to unfolding the brand further here.”

In September, the group posted revenue growth of 11% to £116.3m from £105.2m for the first quarter of 2018, which it attributed to its store expansion programme. The company opened 15 new stores in the UK and the Republic of Ireland during that period, contributing 6% to group sales.

Hotel Chocolat Continues Global Expansion with New Store in Japan added by Newsroom on November 26, 2018
View all posts by Newsroom →