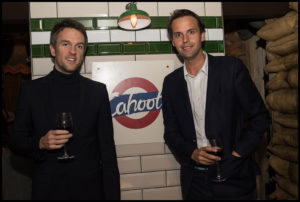 On March 5, a secret is being unearthed in London’s Soho district, previously hidden deep beneath the trudge of unwitting feet. Brought to the West End by the award-winning Inception Group, late night bar, Cahoots, will transport guests back in time, to post-war 1940s in a disused underground tube station featuring dazzling cocktails, swing dancing and sing-a-longs around an old piano.

Inspired by true events that occurred in post-war Britain, Inception Group founders, Charlie Gilkes and Duncan Stirling, decided to bring Soho’s illicit and nocturnal escapades from the era back to life. 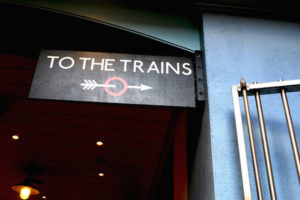 “During the war, several disused underground stations were turned into air raid shelters and Londoners would transform the spaces into a ‘home away from home’, with their own nick-nacks and furnishings. There would often be a bar set up so that citizens could drink, dance and entertain themselves in order to boost morale during the dark nights of the Blitz,” commented the Inception Group.

“Following the war a mischievous group of opportunists decided to keep the Blitz spirit alive by hosting nightly parties in an abandoned tube station that would become known as Cahoots to people in the know! Rationing still existed and liquor was hard to come by so secrecy and tight lips were a necessity.” 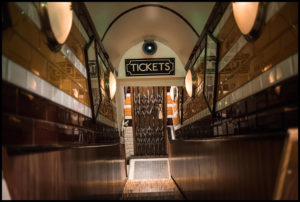 Those wily enough to find their way into Cahoots (one must first find the Underground tube sign in Kingly Court) will discover a triumph of post- war resourcefulness, from the old fashioned wooden escalators that lead guests downstairs, to the dramatic, tiled, platform bar set alongside vintage train carriages. The 1940s tube carriage seats, mismatched furniture and bunting draped throughout the space, will then complete the perfect backdrop for a jolly good knees-up.

As well as serving classic cocktails, black market liquor and post-war favourites will also be available, in particular rum and gin based drinks will be furtively knocked back from old mugs, hip flasks, vintage milk bottles and tins, finished with ingredients half-inched from nana’s pantry, picked from the allotment and foraged from the ruins. 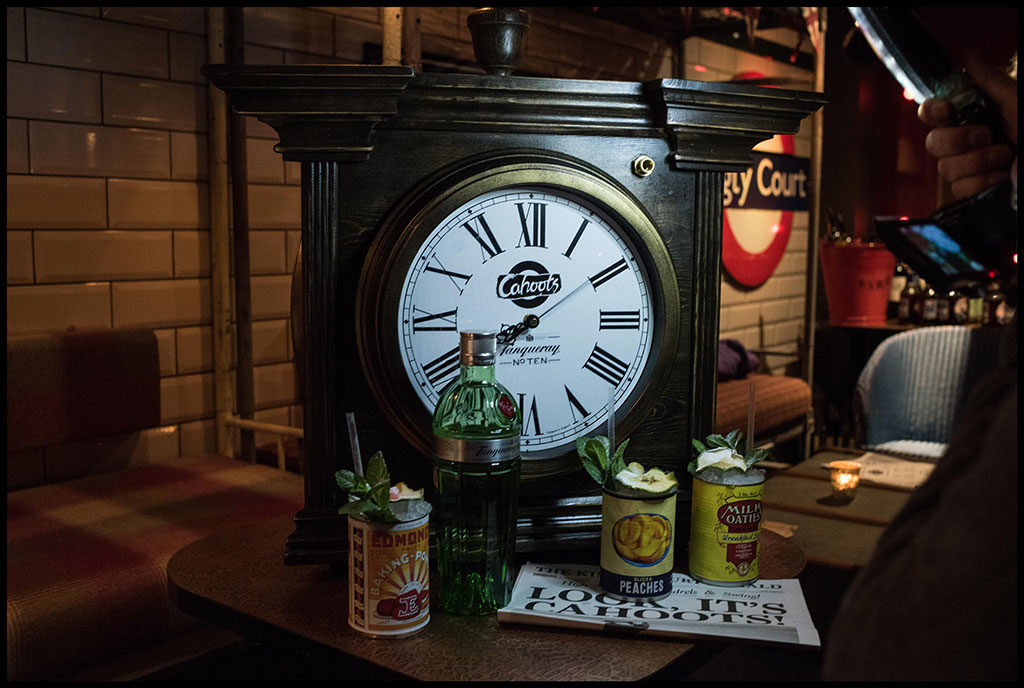 For those that simply want to enjoy the comfort of a classic ale, Spitfire Premium Kentish Ale will also be available to sip, alongside a portion of spam fritters, of course. Those in groups will be able to while away the time with the Cahoots signature sharer cocktail, ‘The Tanqueray No. Ten Station Clock’, served in an 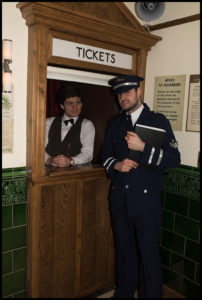 actual clock with a working clock face, mind you – the hands do tick backwards in time.

Regular entertainment will be varied with homages to the 1940s stars of the stage and screen, with good time gals, Hollywood starlets, war veterans, politicians, aristocrats, milkmen and, of course, a ticket inspector, all on hand to fling another record on the gramophone.

First timers will be greeted at the entry ticket kiosk and asked to which station they wish to travel. Assuming the ‘correct’ station is requested they’ll be issued with a special one trip ticket that will gain them passage, not to the platforms, but to the staff service entrance. Regulars to Cahoots will be rewarded with a special ‘season ticket’ that unlocks the service door directly and allows themselves and friends to sneakily and slyly enter under the nose of the old bill and without the assistance of a member of the undercover Cahoots team.