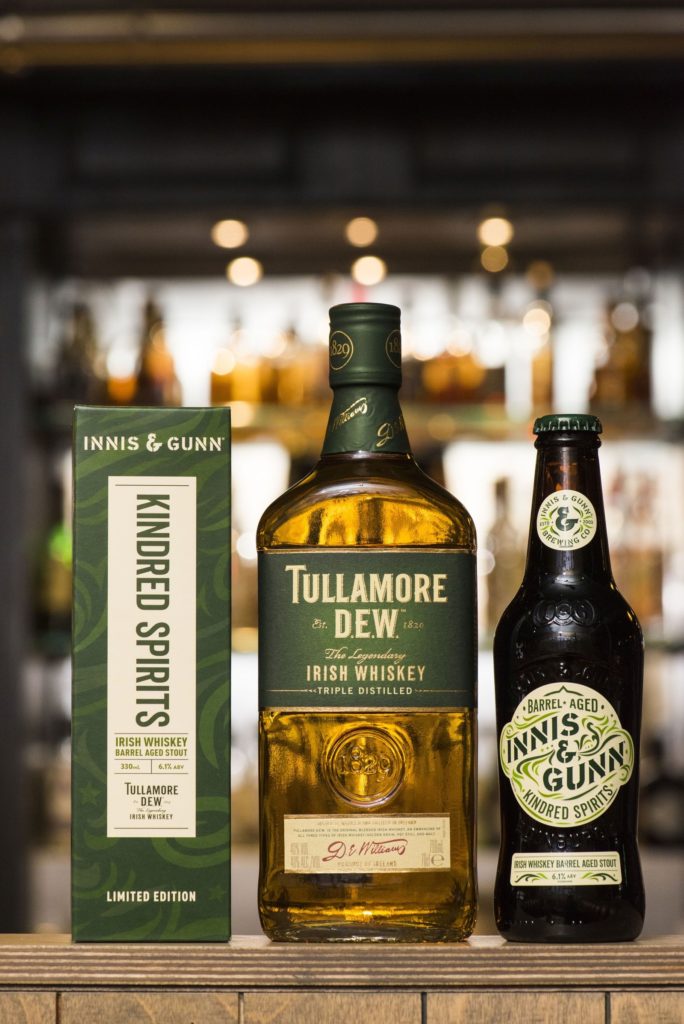 Using a unique barrel ageing process developed by the brewing team at Innis & Gunn, Kindred Spirits is matured using the finest triple distilled, triple blend Irish whiskey barrels from Tullamore D.E.W. to create a smooth and delicious Scottish Stout that is greater than the sum of its parts.

The result is a one of a kind craft stout – a perfect pairing of the character of Innis & Gunn’s rich flavour packed beer, and the sweet, spicy, smooth taste of Tullamore D.E.W., with notes of dark chocolate and coffee alongside hints of vanilla and oak in the 6.1% ABV brew.

To mark their special collaboration, Kindred Spirits celebrates the rich part that music plays in both Scottish and Irish culture, as much as whiskey and beer, by bringing together one of each country’s finest musical exports to collaborate on a cover of a traditional Scottish folk song. Irish band Ash and Scotland’s Frightened Rabbit met over a Kindred Spirits in Innis & Gunn’s hometown of Edinburgh to create the Kindred Sessions.

Dougal Gunn Sharp, Innis & Gunn’s founder and master brewer, commented: “The Scots and Irish share a powerful Celtic connection in our culture and our character, a bond that draws us together with Tullamore D.E.W. A brew that is greater than the sum of its parts, Kindred Spirits is a celebration of the best of Scots and Irish craftsmanship, and in our partnership using our unique barrel into beer ageing process with Tullamore’s legendary Irish whiskey barrels, it has sparked the creation of an exciting and unique flavour packed alternative to the usual stouts.” 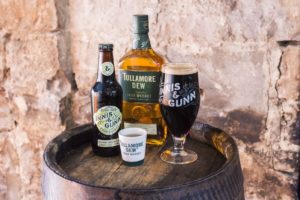 John Quinn, Tullamore D.E.W. Global Brand Ambassador, commented: “Our partnership with Innis & Gunn brings us closer to a brand that shares our passion for innovation and creating products of exceptional quality and character. Beer and whiskey have always been ‘malt cousins’ because malted barley is a key ingredient in both, and we celebrate this unique bond through D.E.W. and a Brew – the pairing of Tullamore D.E.W. with great craft beers like Kindred Spirits for an evening full of true character.”