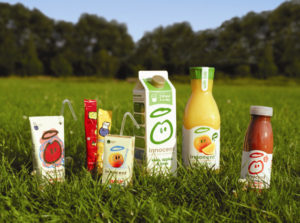 Innocent’s sponsorship of the London 2012 Olympics and a focus on social media and experiential marketing helped the smoothie maker register record revenue in 2012.

The brand’s holding company Fresh Trading Limited posted a turnover – the value of the goods sold to retailers – of £206.64m in 2012, up from £162.67 in 2011, according to accounts filed with Companies House. Turnover from its UK operations accounted for the bulk of its operation rising to £163.9m from £127.5m.

Operating profit, revenue minus cost of sale, increased to £28m from a loss of £9m a year earlier.

In a statement accompanying the financials the firm hailed 2012 as its “best year yet”.

“In a challenging and uncertain economic environment, Innocent delivered its largest revenue and profit. Furthermore, we strengthened our robust market position in the UK and Europe, with 1 in 3 UK households buying an Innocent product during 2012 and us becoming number 1 smoothie brand in all principle markets.”

The brand was the official juice and smoothie maker at the London Games last year and also ramped up use of social and events in a drive to recapture the “entrepreneurial” spirit that had propelled it since its launch in 1999.

Buoyed by the sales growth, the smoothie brand is currently expanding its marketing team including hiring to fill new global brand and head of UK marketing roles.

The filing will be the last by Fresh Trading following Coca-Cola’s acquisition of all available shares earlier this year.