By Newsroom on September 25, 2015Comments Off on Jack Daniel’s is Mixing CRM & Social to Prove Life After Organic Reach 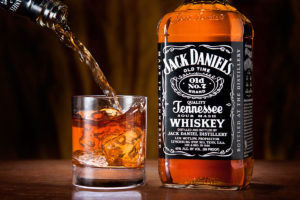 ‘Pay to play’ in digital is the normal for many marketers but Jack Daniel’s upcoming efforts will blend CRM and social media to try and lift its organic reach among younger drinkers.

The Whiskey maker wants to protect its marketing from being forced to solely pay-to-play on social networks. As the likes of Facebook and Twitter purge unpaid ad distribution from their communities, Jack Daniel’s social media efforts are becoming more dependent on its own customer data, meaning it can better balance free and paid media to reach drinkers in their newsfeeds even if they’re not fans.

It’s not as complicated as it sounds, though the gambit does require a massive database, which Jack Daniel’s has spent around 20 years building. That data is then uploaded directly into Facebook and Twitter’s ad platforms in the hope of matching users to email addresses, allowing targeted ads to be served to those who are successfully matched. For those fans not on the database, the spirits brand drip feeds them content in order to build the relationship to a point when it can tempt them to share their details, usually through an incentive.

While the emergence of Facebook’s Atlas and Google’s Doubleclick promise to use social data to give ads social context, they’re billed as part of the end of the free ride of social advertising. However, the downside to Jack Daniel’s plan is that it admittedly does not give it a robust ROI figure and instead compares the value of those people just on its database to those on the database and also social media fans. 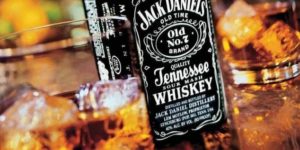 Richard Southon, managing director at Communicator, which is working with Jack Daniel’s on the plan said: “There’s a realisation on social that it’s becoming increasingly expensive for brands. They are having to divert more of their media spend into social but obviously contacting fans via the brand owned database means there is no incremental cost to contact and add additional 10,000 people to that list. As that database increases it becomes an increasingly cost-effective communications channel for the brand.”

Through a bespoke diary panel the brand proved that consumers who are exposed to its CRM work have on average twice as many Jack Daniels occasions as those who aren’t registered with us – over a year this means they’re drinking an additional bottle of Jack per head per year. This gain in volume is done at the expense of key competitor brands and doesn’t represent an increase in overall alcohol consumption, according to Jack Daniels.

There’s also something to be said for mixing CRM and social to ensure marketing thrives amid a strictly regulated alcohol sector, added Southon.

Jack Daniel’s accepts it will need to pour more money into social in order to pull the 19-to-29 year-old drinkers it craves right from awareness through to advocacy. This will be weighed across Facebook, the brand’s main social media channel, Twitter and Instagram, which are both used to push its music events and variants as well as a Tumblr page in the UK that hosts its long-form social content.

Jack Daniel’s is Mixing CRM & Social to Prove Life After Organic Reach added by Newsroom on September 25, 2015
View all posts by Newsroom →