By Newsroom on March 6, 2018Comments Off on Kellogg’s Uses Robots to Create ‘Amazing Creations’ in New Campaign by JWT Sydney 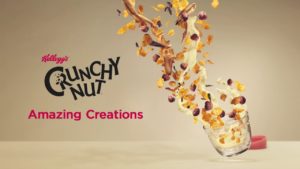 The new campaign, created in collaboration with J. Walter Thompson Sydney, went live on March 6, comprising of two TVCs and one long-form video, this time drawing on the talents of Simone Giertz, a YouTube content creator known for building useless machines and has more than 900,000 subscribers.

Her robots were put to work demonstrate how Kellogg’s products like Crunchy Nut and Froot Loops can be mixed with other ingredients to create snacks.

“The campaign is a huge opportunity to showcase how Kellogg’s cereals can be enjoyed outside the traditional breakfast occasion,” said Tamara Howe, Kellogg’s ANZ marketing director. “By sharing fun and delicious snacking ideas with our foods we’re engaging with people who might not have considered using cereal in this way.” 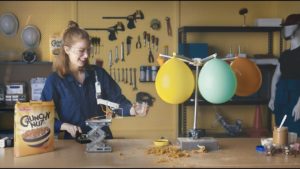 Giertz flew in from her native San Francisco, to work alongside the J. Walter Thompson team and PR agency Liquid Ideas to develop a myriad of content for social, digital and broadcast media. 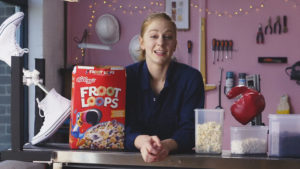 Kellogg’s Uses Robots to Create ‘Amazing Creations’ in New Campaign by JWT Sydney added by Newsroom on March 6, 2018
View all posts by Newsroom →