Kelly’s Serves up a Fresh Helping of Cornish Culture, with a New Campaign by isobel

By Newsroom on May 14, 2018Comments Off on Kelly’s Serves up a Fresh Helping of Cornish Culture, with a New Campaign by isobel

On 14th May, top ice-cream brand, Kelly’s of Cornwall, returns to our screens with a new TV ad spoken entirely in Cornish. 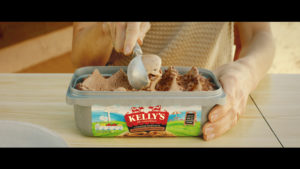 The quirky ad, by creative agency isobel, aims to show that there’s a Kelly’s flavour for everyone. The film features three groups of ice-cream-obsessed people as they sit outside their colourful beach huts to tell you, in ‘Kernewek’, why they love their favourite flavours so much. The ad uses the tagline: ‘Kelly’s, Cornish for ice cream.’

The new ‘School of Cornish’ ad, which was filmed in St Ives and features Doris the cow, follows the hugely successful ‘Speak Cornish’ creative (named as a top campaign by The Grocer and Nielsen in 2016). Kelly’s of Cornwall is now the sixth biggest brand in ice cream, worth £27m in the take-home category, adding value and attracting loyal consumers with its Cornish quality and provenance credentials. 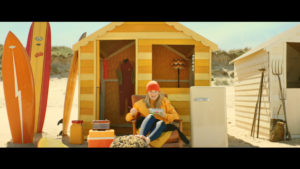 Charlotte Hambling, Head of UK Marketing at parent group Froneri, says: “Our insights tell us that staying true to our Cornish heritage and celebrating our dairy ice cream plays an integral role in the purchase decision for our consumer. As the UK’s leading Cornish ice-cream brand, we will continue to demonstrate our provenance and command stand-out, offering a different taste experience and a perfect accompaniment to favourite British desserts. Formed around the free-spirited personality of the brand, this new ad campaign playfully showcases our high-quality ingredients, flavour range and strong heritage. There’s a Cornish flavour for everyone. Geddon – as our TV ad would say!” 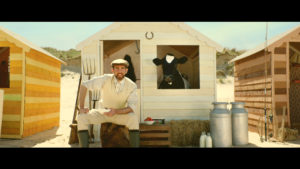 Ben Stump, Creative Director at isobel says: “When you’ve got something as beautiful and unique as Cornish provenance, you’ve got to use it. And it turns out that making adverts in a language that hardly anyone understands really grabs people’s attention!”

The new ad is running across TV channels including ITV and Channel 4 from 14th May to 3rd June and will be seen by 67% of households more than three times, supported by a significant media campaign. Since the brand’s relaunch two years ago, Kelly’s has attracted more than 1.4m additional buyers and has seen brand growth of 18%. 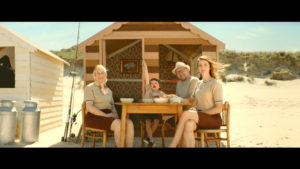 Mark Trevethan, from Cornwall Council’s Cornish Language Office, supported Kelly’s with Cornish translations for the new ad. He says: “Language is an effective way to articulate the culture and heritage of a region. Kelly’s helped spread awareness of the Cornish language with the first ever Cornish TV ad, and today it continues to raise Cornwall’s profile, advocating our unique culture to the rest of the nation.”

Kelly’s Serves up a Fresh Helping of Cornish Culture, with a New Campaign by isobel added by Newsroom on May 14, 2018
View all posts by Newsroom →