By Newsroom on December 2, 2016Comments Off on KFC Brings Gamers and Grimers Together in Facebook Live Video First

KFC has taken aim at the decline of split-screen video gaming in a social campaign, created by BBH Live, that brought gaming and grime stars together to play games on a specially constructed couch. 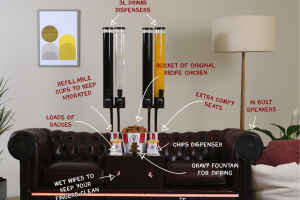 BBH Live, the creative and data-driven social content unit of Bartle Bogle Hegarty, carried out a social listening project and identified a 500% rise over the last three years in social conversations around disappointment at the decline of split-screen gaming.

The multiplayer format, which allows several gamers to play in front of the same TV, has largely been superseded by online multiplayer.

BBH Live said the exercise also revealed an organic conversation among online gamers about KFC, and that this presented an opportunity for the brand to get involved by advocating for split-screen gaming. 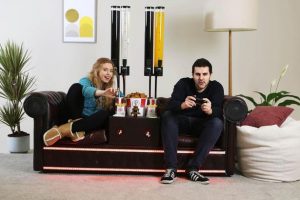 The session was streamed live on both Facebook Live and gaming platform Twitch, and marked the first time that facebook has promoted a live stream. 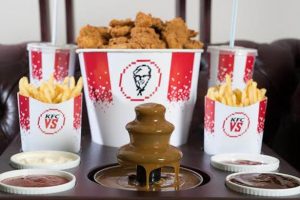 BBH said the campaign had achieved the highest level of organic reach ever for a KFC video, with the live stream reaching 2.7 million people, and 87% of KFC’s target audience having seen the campaign in less than five days.

Josh Benge, social media manager at KFC, said: “We believe gaming is an occasion that should be shared with friends, so we were thrilled to see that the event – and the Colonel’s Couch – brought people back together, reigniting those friendly rivalries.”

The campaign was created by Kate Murphy for BBH Live. The event was produced by Nicole Southey for BBH, and directed by Sam Wrench through Black Sheep Studios/Streaming Tank. The film was directed by Cassidy Burcher.

Hamish Pinnell, creative director at BBH, said: “It’s reassuring to see that even when doing a live stream event, it’s still high level production values, preparation and craft that make it a success. Keep an eye out for the next one.”

KFC Brings Gamers and Grimers Together in Facebook Live Video First added by Newsroom on December 2, 2016
View all posts by Newsroom →