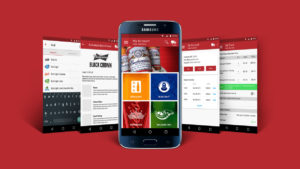 This is a significant innovation for two reasons: it makes brand content more relevant to consumers and is a tremendous advance in fostering transparency within the mobile ad supply chain. The campaign is built around Kiip’s moments-targeting technology, which is being leveraged by AB InBev to break free of traditional interruptive advertising techniques to better connect with consumers in engaging, meaningful ways.

“We’re building a company to last for the next 100 plus years and that can only be done by disrupting existing paradigms through innovation and putting consumers at the heart of everything we do,” said Lucas Herscovici, AB InBev’s Global Marketing Vice President of Consumer Connections, Insights and Innovation.

“As the world’s largest brewer and brand builders, we take our responsibility for the stewardship of the category seriously through our approach to advertising and the ways we create meaningful experiences for consumers with our brand content. This campaign will increase transparency in programmatic ad buying and support the ways our brands earn consumers attention.” 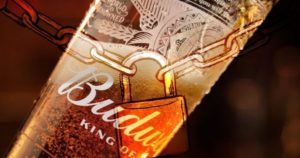 The technology allows for simple and clear reconciliation of campaign performance data among all parties, eliminating potential for fraudulent reporting by third parties and ad servers, and streamlining what has historically been a painful, laborious reporting and payment process.

In addition, Kiip’s Single Ledger helps AB InBev deliver on its commitment to ensuring every ad dollar is well spent on establishing meaningful connections with consumers in moments that matter, and at the times they are most likely looking to engage with AB InBev’s brands.

“When we started digging into the potential of blockchain, we began to realize that if Kiip was started today, it would be built on blockchain technology,” said Brian Wong, founder and CEO of Kiip. “Blockchain’s magical impact comes in the form of its immutable and decentralized ledger technology. Data that is stored uniquely in thousands of servers can never be manipulated. We saw this technology’s potential to impact several major areas of the advertising world, including supply-chain transparency, campaign data reconciliation and viewability verification. Single Ledger, quite frankly, is just the beginning for us.”