By Newsroom on January 7, 2015Comments Off on Marmite Teases Return of Controversial #MarmiteNeglect Campaign

Marmite is threatening “full-scale Marmageddon” with the return of its controversial yet widely celebrated animal rescue spoof which escaped censure after generating hundreds of complaints.

A teaser launched on January 6, trumpeting the return of the mockumentary in which jars of Marmite are rescued from the backs of kitchen cupboards and taken away for be rehomed.

The short film jokingly lays bare the cruelty from “repeat offenders” that has lead to a resurgence of neglect of the brand just 18 months on from the original campaign.

Shot in a newsreel style, the teaser features scenes of security officials monitoring security feeds and Dispatches-style undercover interviews to poke fun at the public furore around the concept’s first iteration. It sets the tone for the full 30-second ad’s debut January 12 when it will run across several channels but with a particular focus on ITV’s family brands as well as online. 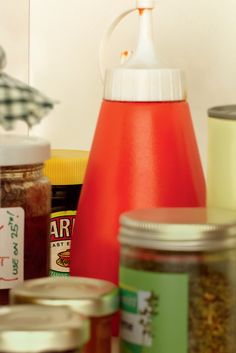 The launch is backed by a call to spread the #MarmiteNeglect hashtag with Marmite inspired by the role social media played in sparking a 14 per cent value sales jump during the first campaign. Marmite owner Unilever credited the sales spike to pivotal social media work after it reached more than one million Marmite Facebook fans and over 44,000 Twitter followers over an eight week period.

Joanne O’Riada, Marmite brand manager, said the campaign will be “digital-first” and deliver a light-hearted reminder of the ‘Love it. Hate it. Just don’t forget it’ strapline”.

It is the same concept Unilever used the first time round in 2013 when it wanted to create buzz around the brand’s return to TV after two years. The marketing ploy worked but also angered more than 500 viewers who felt the advert trivialised animal cruelty. The Advertising Standards Authority investigated the claims but concluded the advert was not offensive.

The teaser was created by W Communications and Gas & Electric, while Adam & Eve/DDB developed the actual campaign.