By Newsroom on June 11, 2014Comments Off on Mars Chocolate UK & the FA Offer the Chance to Just Play For Free 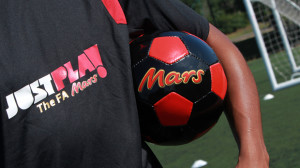 To celebrate this summer’s tournament in Brazil, The FA and Mars Chocolate UK have teamed up to offer free Just Play kickabouts to fans up and down the country.

The offer begins on 12 June – two days before England’s opening game against Italy – and runs until the Final on 13 July.

During that month, The FA Mars Just Play organisers will put on over 1,400 kickabouts nationwide, catering for up to almost 20,000 participants. It’s all part of the work The FA and Mars are doing together to make a lasting difference to adult football. Over the next four years, the aim is to offer one million Just Play opportunities, with more sessions in more places across the country. 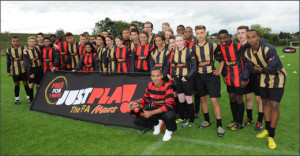 England manager Roy Hodgson is a big supporter of The FA Mars Just Play initiative and the opportunities it provides to people that may not otherwise have access to the required facilities.

He said: “This is about playing football for fun. Playing football because you love to play and I think there’s lots of people out there who love to play football. So it’s terrific that you can come and play yourself and meet up with likeminded people.” 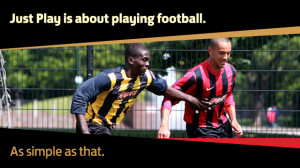 Fiona Dawson, President of Mars Chocolate UK, said: “We’re thrilled to be able to treat the fans to free Just Play sessions while football fever is at its highest this summer. There’s no better time to put your passion for the beautiful game back on the pitch. Mars is really proud to continue its work with The FA to make a lasting difference to adult football well beyond this summer of sport – over the next four years, we’ll be working to create one million opportunities to participate in a kickabout close to home.” 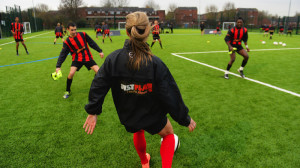 The FA Mars Just Play initiative, now in its third year, has centres all across the country open to adults looking to get back into fun, flexible football. Just Play supplies everything that you need – all players need to bring is their kit, their boots, and themselves – and we take care of the rest.

To get involved, anyone over 16 can simply visit here enter their postcode, and book themselves into a local kickabout.

Mars Chocolate UK & the FA Offer the Chance to Just Play For Free added by Newsroom on June 11, 2014
View all posts by Newsroom →