By Newsroom on September 3, 2015Comments Off on McDonald’s & Leo Burnett Launch ‘Great Tastes of the World’ Campaign

Wednesday 2nd September saw McDonald’s launch its Great Tastes of the World promotion in the UK with a new multi-channel campaign, including TV from Leo Burnett.

The food promotion, which hasn’t featured on the McDonald’s menu since 2013, consists of 5 burgers inspired by 5 different cuisines from around the world over the course of 5 weeks.

The TV ads, created by Leo Burnett, work around the notion that to know what a country is like you need more than a quick taste of it. So, inspired by high-end tourism films, each 20” spot delivers a whistle stop tour of each of the Countries, featuring iconic instantly recognizable imagery, before satisfying the viewers’ desire for more with an exciting food sequence to showcase the limited edition burgers that will be available over the coming weeks. 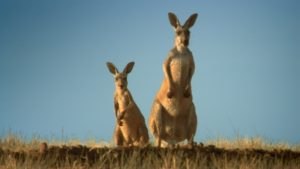 This week customers have the opportunity to enjoy ‘The Australian BBQ Supreme’ with a sweet and tangy BBQ sauce, bacon and cheese, in a sesame topped bun. Next week the Italian Classic will be on offer followed by the Canadian Melt, the Brazilian Spicy and finally the South African Deluxe. The Chicken & Chutney Indian will run throughout the promotion.

McDonald’s & Leo Burnett Launch ‘Great Tastes of the World’ Campaign added by Newsroom on September 3, 2015
View all posts by Newsroom →