By Newsroom on January 30, 2018Comments Off on Michelob ULTRA and Chris Pratt Show America that You Can Be Fit and Have Fun in New Super Bowl Ads

Michelob ULTRA – the fastest growing beer brand in the U.S. – unveiled a new 30-second Super Bowl commercial starring actor Chris Pratt. Titled “The Perfect Fit,” the spot chronicles Pratt’s journey to prepare for his first ever TV commercial – and it just so happens to be for Super Bowl LII.  Together with Michelob ULTRA, Pratt shows America that you don’t have to choose between being fit and having fun, you can do both. 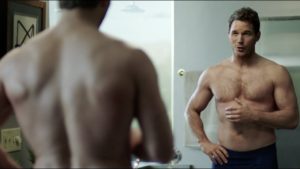 “These days, I’m trying to stay in top shape for work. So when I see a beer I can’t help but squint my eyes and imagine a treadmill. Specifically how long I’ll have to be on that treadmill to burn off the beer,” said Chris Pratt. “Michelob ULTRA has only 95 calories and 2.6 carbs so… I can run that off very easily. Probably in like 10 seconds? (I run 85 mph) Which really makes you wonder why I’m not playing IN the Super Bowl. I know. So anyways, Michelob ULTRA doesn’t throw off my workout routine. And it tastes great. So… That’s what I call a win win.”

Michelob ULTRA believes it’s possible to be active while still enjoying a beer with a clean, refreshing taste, which is why the brand teamed up with Pratt – known for his charismatic sense of humour and notable personal fitness regimen – to create an ad that celebrates this fit and fun lifestyle. 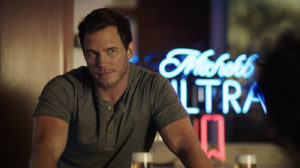 “The Super Bowl is a huge stage, and we are really excited to partner with Chris Pratt, whose dynamic personality and passion for fitness embody the spirit of our brand so perfectly – and make him the ideal choice to share this message with viewers around the country,” said Azania Andrews, vice president, Michelob ULTRA. “When it comes down to working out or enjoying a beer with friends, Michelob ULTRA wants people to know that you don’t have to choose between one or the other. That’s what it means to Live ULTRA.”

As a sequel to “The Perfect Fit,” Michelob ULTRA will air a second spot – “I Like Beer” – in this year’s Super Bowl. This will be the first time that Michelob ULTRA has had two spots in the big game. Featured in this commercial, in addition to Chris Pratt, are: US Open Golf Champion Brooks Koepka, 11-time World Surf League Champion Kelly Slater and 2017 NYC Marathon winner Shalane Flanagan, all known for their commitment to living an active, balanced lifestyle. 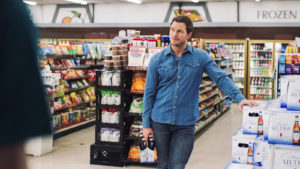 The ad brings these personalities together to sing along to “I Like Beer” – re-recorded by country music artist, Jon Pardi – a new anthem for Michelob ULTRA that demonstrates how it’s possible to be fit and still enjoy a beer. “I Like Beer” will be released later in January.

FCB Chicago is the lead creative agency for both TV spots.

The two ads kick off an exciting 2018 for Michelob ULTRA and its “You Can Do Both” campaign. Throughout the year the brand will provide exciting moments for consumers, including 95,000 fitness-focused experiences.

To celebrate its commitment to bringing the fun back to fitness beyond Super Bowl, Michelob ULTRA has teamed-up with multiple fitness partners to offer a variety of exciting experiences from now through May 5, which consumers can enter to win each day by visiting here. Partners for the 95,000 experiences include ClassPass and TeeOff.com, as well as local fitness studios around the country.

Michelob ULTRA and Chris Pratt Show America that You Can Be Fit and Have Fun in New Super Bowl Ads added by Newsroom on January 30, 2018
View all posts by Newsroom →