By Newsroom on December 19, 2017Comments Off on Milo Sends Mums Back to School in Malaysia to Better Understand their Children

Milo has launched “Back To School Mums” in Malaysia, a campaign where mums highlight that there is an energy gap for school children that skip breakfast, which will affect their performance in schools. 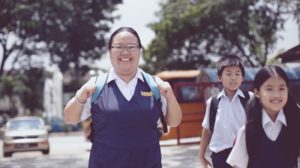 Mums were sent to the same school as their child and put through the exact schedule that they have packed their child with.

From the early morning rush for the school bus, to every lesson in school and every activity thereafter, these mums did the same.

Through this activity, these mums felt what their children felt: The challenges they faced, the hunger they felt for skipping breakfast, the frustration of not being able to perform, and the mad rush from one activity to the next.

The campaign, which was created by Ogilvy Malaysia for the Nestle-owned energy beverage drink, was based on a study that found that one in four children in Malaysia skipped breakfast. 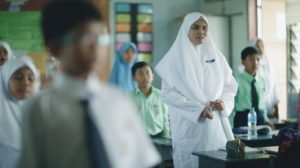 This deprived them of the energy they needed to perform in school and it resulted in the children not being able to concentrate in class and failing exams, before eventually dropping out of school.

As school days are not what they used to be because hours are now longer, syllabuses are tougher, and the day does not just end after school, Nestle hopes that this campaign will show that it takes a child more than 1500 kcal to get through a school day, which is about the amount of calories needed to run a half marathon or swim 50 laps in a pool.

“Mothers realised how unbelievably long and tiring their children’s day was. They understood the need to give their children breakfast so that they have the energy for school. Most importantly, we hope mothers will communicate with their children more and understand them better,” said Gavin Simpson, chief creative officer at Ogilvy and Mather Kuala Lumpur.

Milo Sends Mums Back to School in Malaysia to Better Understand their Children added by Newsroom on December 19, 2017
View all posts by Newsroom →