By Newsroom on March 31, 2015Comments Off on Mintel: Scotland Are UK’s Biggest Easter Chocolate Lovers 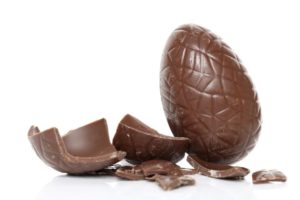 As the nation prepares for a long weekend of Easter egg hunts and celebrations, new research from Mintel finds more than half (53%) of all Brits will be splashing out on chocolate gifts such as Easter Eggs and chocolate boxes this year. And across the UK, those in the North and Scotland are set to be the most likely to buy chocolate this Easter, with almost six in ten (58%) doing so.

Those living in the East and West Midlands are also set to be big chocolate spenders, some 56% saying they will buy chocolate gifts. Meanwhile, those least likely to be splashing out on chocolate treats are consumers in Inner and Greater London (43%) and Yorkshire and Humberside (50%). An average of 53% of consumers buy Easter chocolate gifts in South East/East Anglia, South West and Wales and North West.

Chocolate will be high priority for the nations ladies, some 62% of women purchasing chocolate Easter gifts compared to 43% of men. 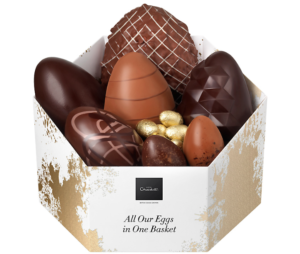 “While Scottish consumers are the most likely to buy chocolate gifts this Easter, the fact that over half of British consumers will be splashing out on chocolate Easter gifts highlights how important Easter is for retailers across the country. But there are likely still opportunities to drive up participation and average spend for events such as Easter. And for store-based retailers, facing competition from online-only rivals, seasonal occasions provide opportunities to make their shops destinations. Seasonally themed ranges, merchandising and in-store events can provide shoppers with reasons to visit their stores.”

“When asked to reflect on seasonal events, many consumers seem to think they are largely money-making schemes for retailers and brand owners. At the same time, many shoppers like to shop, cynicism does not stop consumers buying into these events.” Neil continues. 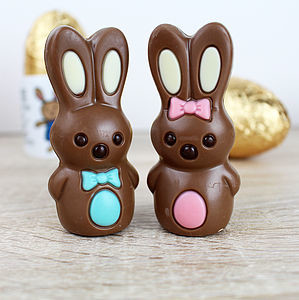 Last year UK consumers spent a delicious £500 million on Easter products, which includes confectionery at around £250 million, in-home food and drink at £120 million, gifts at £112 million and greetings cards at £18 million. As many as seven in ten (68%) Brits spent money on Easter last year, with the top three ways in which Brits spent their money being Chocolate gifts (eg Easter eggs) (53%), followed by Greetings cards (13%) and a Special meal at home (10%).

Brits spend an average of £23.39 enjoying Easter festivities with those in the North West £25.91 and the North and Scotland £25.87, proving to be the biggest Easter spenders. Those in the East and West Midlands £19.38 and Yorkshire and Humberside £19.67 are the least likely to splash out on Easter festivities. As for the remainder of the country, those in Inner and Greater London spend an average of £24.94, with those in South West and Wales spending £24.80 and South East/East Anglia spending £23.16. Across the nation, Easter spend peaks among those aged 55 and 64 at £27.47. 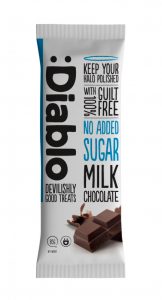 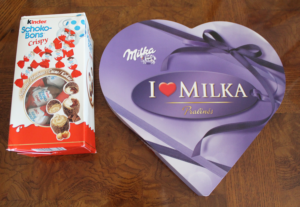 Across Europe, Mintel’s research highlights the top reasons consumers may be tempted by chocolate this Easter. French consumers are most likely to buy it to “treat myself”, with 76% of chocolate eaters claiming this factor, followed by 69% of Brits, 58% of Spanish , 38% of italian and just 29% of German consumers.