By Newsroom on August 8, 2017Comments Off on M&M’s Teams with Jessie J to Give Fans a Chance to Unlock a Preview of Her New Song

M&M’s is turning up the fun with its interactive beatbox platform and giving fans a first taste of a new song from award-winning singer and songwriter, Jessie J. An animated version of Jessie J joins M&M’s iconic spokescandies on bitesizebeats.com to encourage fans to create their own beat for a chance to unlock an exclusive preview of her new song “Real Deal.” 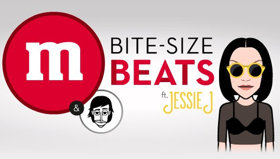 North American fans who visit here can ‘unlock Jessie J’ by mixing the correct combination of instruments with the cast of M&M’s spokescandies to create their own shareable beat. Once fans ‘unlock Jessie J,” they’ll be able to preview a selection of her new “Real Deal” track.

In addition to the online partnership with M&M’s, Jessie J will debut a portion of her new song in the brand’s new TV commercial, which airs this week. The full length version of Jessie J’s song will be available on music streaming services and other digital platforms on August 11. 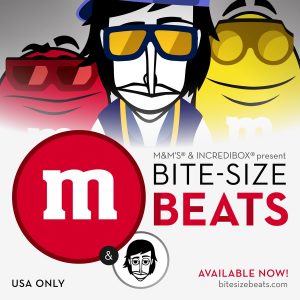 “Over the last few months, we’ve seen thousands of fans have fun bringing together our iconic spokescandies with Incredibox beatbox technology to remix some really creative beats,” said Michelle Deignan, Senior Brand Manager, M&M’s. “To continue to connect with our fans through music, we partnered with Jessie J to inspire and excite them to them to have some fun, hear exclusive content and make their own bite-size beats.”

Since February, thousands of fans have shared their own musical creations on bitesizebeats.com and the M&M’s brand has featured some of the fan-generated beats in new commercials. Fans can continue to record and submit their own bite-size beat through September for a chance for it to be featured in an upcoming M&M’s commercial, and are encouraged to share their creations on their social channels and check out beats created by other users.

M&M’s Teams with Jessie J to Give Fans a Chance to Unlock a Preview of Her New Song added by Newsroom on August 8, 2017
View all posts by Newsroom →