By Newsroom on October 24, 2013Comments Off on MOMA! Targets London Commuters With First Outdoor Ad Campaign 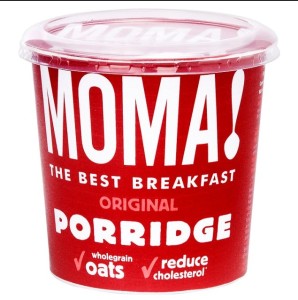 MOMA!, the breakfast brand, has launched its first ever outdoor advertising campaign across seven London train stations in order to target breakfast-shirking commuters.

The £50k campaign will run for a period of four weeks from 21 October and is geared toward driving further growth after it increased distribution by 25 per cent and added an additional 200 Boots stores, 150 Sainsbury’s outlets and 150 Waitrose sites to its roster.

Posing the simple question, ‘missed breakfast?’, the posters sport a picture of either muesli or porridge alongside a line directing consumers to retail.

Malcolm McDermott, Brand Manager at MOMA!, says, “Due to our significant growth with existing retailers and expansion into new ones, we want to show support by driving consumers that love our brand into store. MOMA!’s first ever outdoor advertising campaign is an important step that will allow us to highlight the importance of breakfast – and raise awareness of our core products, Bircher Muesli and Porridge.”