By Newsroom on February 14, 2018Comments Off on Monoprix and Rosapark Introduce Phone Number-Inspired Gift Packs for Valentine’s Day

At Monoprix, the brand says, customers come first. They think up new ways to facilitate their shoppers’ experience every day of the year, and Valentine’s Day is no different. 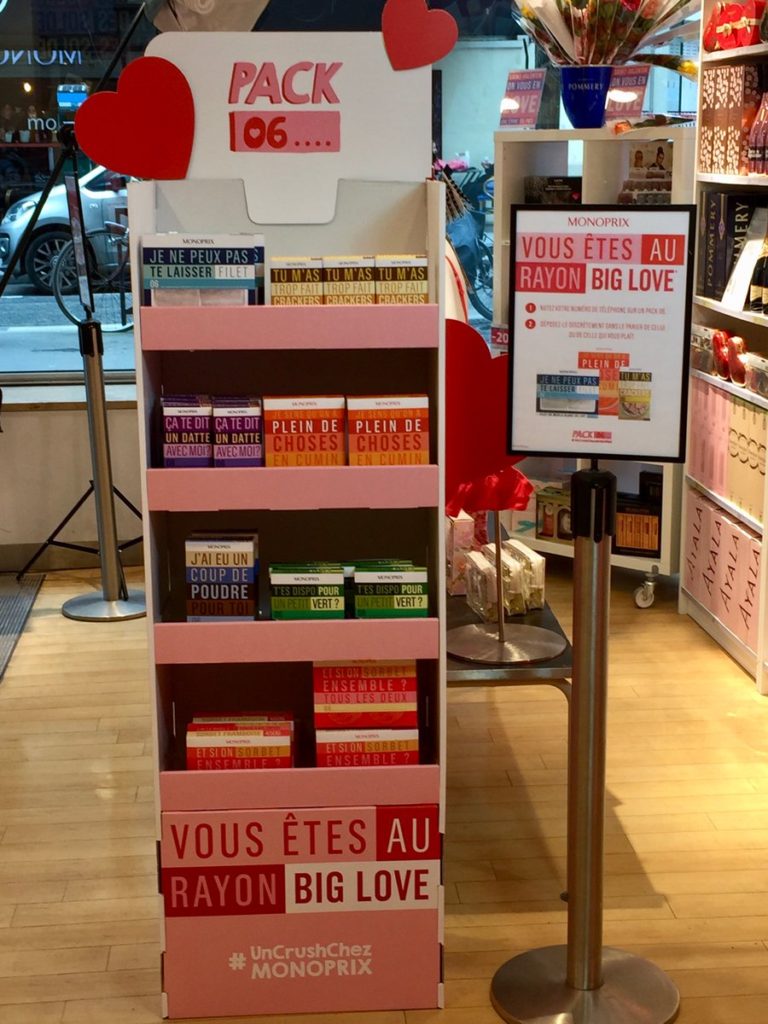 Realising that over 50% of their customers are single, the grocery chain decided to play fixer-upper.

In France, most cell phone numbers begin with “06”, and so, Monoprix, with its agency Rosapark, introduced the limited edition “06 Pack” – a special range of 7 fake packages labelled with a declaration of affection, using, of course, its trademark wordplay, as well as… a space to jot down your number.

For years, Monoprix has been known for its clever phrasing of product names; in 2017, they released “Label of Love”, a film celebrating their 85th anniversary, in which a boy expressed his feelings to his secret crush using the ingenious labels.

To promote the campaign, which begins February 14 – purposefully kitsch, the film depicts Alice, who has run across César in the salad aisle. Not finding the words to express her feelings, she finds her salvation in the form of a “06 Pack”.

In addition, Rosapark organiser a social media operation, “The One”, for the campaign, in which tweeters can unveil their secret crushes and seek the help of the online community to find them and delivery the message by using the hashtag #UnCrushChezMonoprix (A Crush at Monoprix). 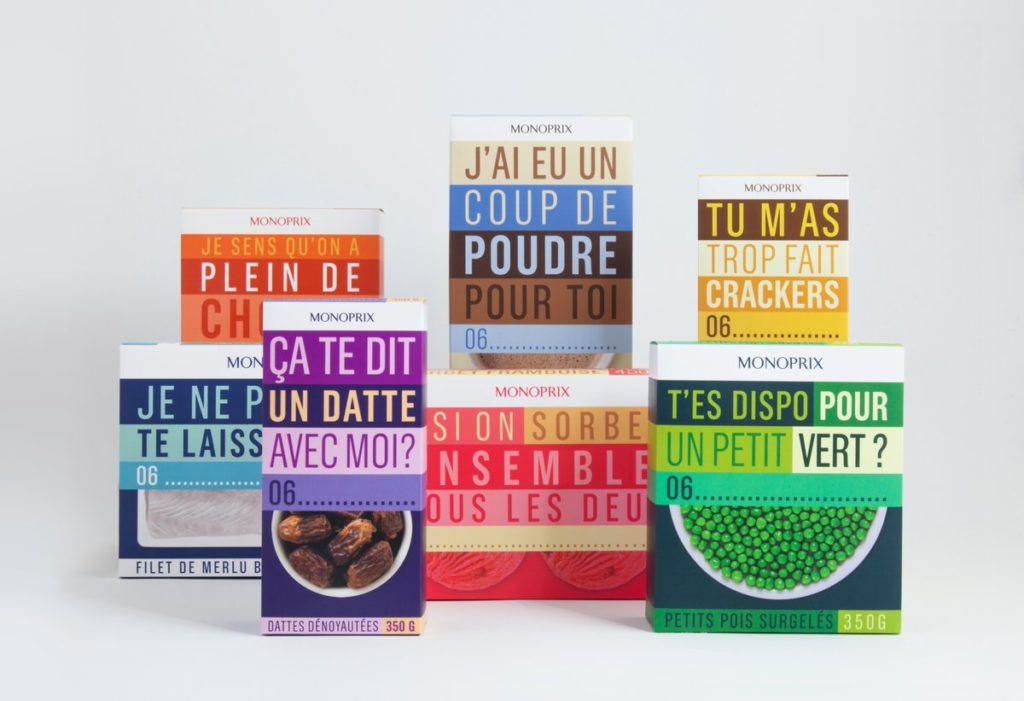