By Newsroom on September 11, 2018Comments Off on National Geographic and Heineken Join Forces to Launch “A Wild Lager Story”

Following the US launch of the H41 Wild Lager, National Geographic and Heineken have introduced “A Wild Lager Story,” a branded content partnership created to bring the beer’s unique scientific – and accidental – discovery to life.

National Geographic’s long-time mission has been to awaken curiosity in audiences around the world, proving to them that the term “explorer” isn’t limited to one meaning. With brand alignment on the importance of science and discovery, Heineken saw National Geographic as a natural fit to help share the story of H41.

To capture the footage for this branded content endeavor, National Geographic traveled with Heineken to Patagonia– the birthplace of the Wild Lager series– to retrace the footsteps of H41 alongside both Diego Libkind, PhD Biologist at IPATEC (CONICET – UNCo) in Bariloche, Argentina, who discovered the elusive “Mother Yeast,” and Willem van Waesberghe, Heineken’s Global Master Brewer. 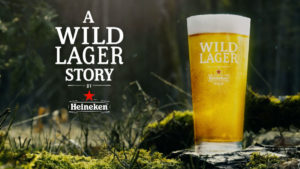 While in Patagonia, National Geographic film crews aimed to capture the story as told by Diego and Willem in the environment where the discovery was made. Bringing Diego and Willem back to the place where it all started, the two men tell the tale of the groundbreaking discovery of a rare form of yeast – chronicling the multi-year and largely trial-and-error brewing journey that led to H41, and explaining how it took the past, the present and the collision of two worlds to create an entirely new category of beer.

“Just as we do atNational Geographic, we see that Heineken places a high value on exploration, science and storytelling,” said Brendan Ripp, EVP Sales & Partnerships at National Geographic. “We’re thrilled that this partnership and our connection to the world’s top storytellers and filmmakers has helped Heineken chronicle Dr. Libkind’s discovery and the brewing trial-and-error of their new Wild Lager series.”

Launched today, the “A Wild Lager Story” branded content partnership centres around a 3-minute mini documentary and various social, digital and linear edits that depict different parts of the story – each crafted for the platform they’re running on. The mini documentary is housed on a branded article page that highlights the story.

“Heineken is meticulous about our brewing process. We take a scientific approach to getting it just right, spending years exploring ingredients and perfecting the brewing process,” said Raul Esquer, Heineken Brand Manager. “In partnering with National Geographic, we saw an opportunity to pair our ability to craft beer with their ability to craft stories to not only drive consumption of H41 but ignite consumers’ curiosity to learn more about Heineken’s passion for brewing.” 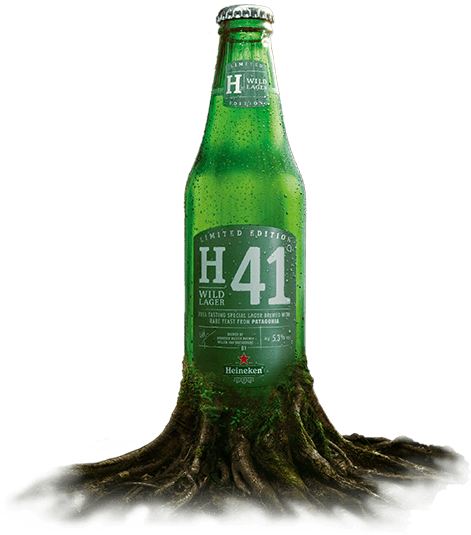 H41 Wild Lager is a limited-edition lager created by Heineken Master Brewers, made from a rare wild yeast discovered in Patagonia in 2010, and named for the coordinates at which it was discovered: 41° South and 71° West.

“After discovering the yeast, we published our findings in an article in the Proceedings of National Academy of Sciences (USA), which found its way into the hands of Willem van Waesberghe at Heineken,” said Libkind. “He contacted me with his interest to use the yeast for brewing. The years that followed tell a story of discovery, innovation and partnership, resulting in a beer unlike any other, truly born in nature in my home of Bariloche. It’s a unique story, and in all my initial conversations with Heineken, it was apparent that they wanted to keep the story as real as possible – something that was very important to me as well. I knew that Heineken was not just interested in the yeast, but in the story behind it and its Patagonian heritage. I’m thrilled that people everywhere can now experience this story in a new way with National Geographic.”

With “A Wild Lager Story,” National Geographic captures the central role craft plays in Heineken’s work, amplifies this authentic story of scientific discovery, Heineken’s spirit of adventure by showcasing their desire to explore – whether through new recipes or new terrains – and H41’s role in taking lager where it has never been before.

National Geographic and Heineken Join Forces to Launch “A Wild Lager Story” added by Newsroom on September 11, 2018
View all posts by Newsroom →