By Newsroom on September 29, 2016Comments Off on Nespresso & George Clooney ‘Wouldn’t Change a Thing’ in Latest Ad Campaign

It has been over ten years since George Clooney first partnered with Nespresso, and now we see the release of their latest collaboration, Change Nothing. 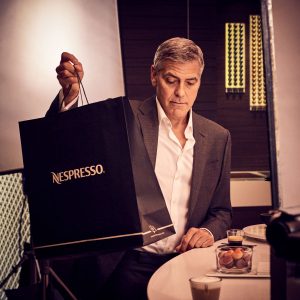 Debuting on 25th September 2016, the light-hearted campaign sees George embark on a rough night as he looks to protect his precious coffee.

Starting in the stylish Nespresso boutique on London’s Regent Street, George’s adventure begins as he strikes up conversation with an attractive female over a cup of Nespresso coffee. Sadly for him, she is the wife of the ‘boss’. And so ensues an eventful evening, courtesy of the ‘boss’, played by ‘Pirates of the Caribbean’ and ‘Deadwood’ star, Ian McShane, which sees Clooney take a trip through the backstreets of London.

The following morning we see a dishevelled George in his home savouring his Nespresso coffee, as he lets the audience know that he ‘wouldn’t change a thing’ about his Nespresso experience. 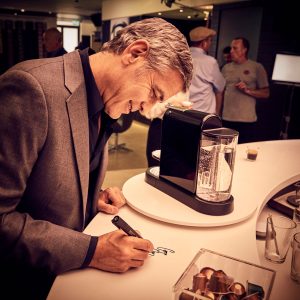 The fully integrated campaign – created with McCann Worldgroup – kicked off with a teaser phase earlier this month where consumers were invited to guess what fate awaited George Clooney.

The wider global activation launched September 29 with TV and online advertising, plus a content-rich landing page including behind the scenes footage on the Nespresso website and consumer engagement through interactive image filters and gamification on the brand’s social channels.

Alfonso Gonzalez, Chief Customer Officer for Nespresso, explains: “Our relationship with George strengthens year on year, and in our twelfth collaboration, we have created a storyline that shows Clooney at his best. He is a true partner for the brand, and here we see just how far he is willing to go for that incomparable Nespresso coffee experience.” 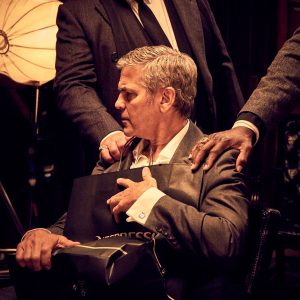 Asked about his continuing partnership with Nespresso, Clooney responded on set, “We always look to take the story to the next level and in this latest instalment I think we can say that it is certainly my most eventful outing to date. Bringing a more character driven approach mixed with humour has really taken the campaign to a new level.”