By Newsroom on October 30, 2015Comments Off on Nespresso Introduces George Clooney As New US Brand Ambassador 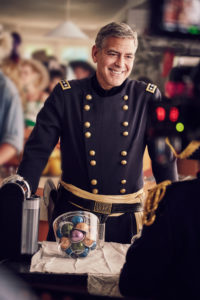 Nespresso, the worldwide pioneer and reference in premium, single-serve coffee, is pleased to announce that George Clooney — American actor, screenwriter, producer, director and activist — will extend his relationship with the company by becoming the new brand ambassador in the U.S. Beginning November 2nd, George Clooney will be featured in Nespresso’s new integrated marketing campaign in the U.S., which brings to life Nespresso as “a cup above” across television, print and digital advertisements, a partnership web film, social media and a dedicated microsite. The campaign will also run in Canada. This is the first branded television advertising campaign in North America to feature Clooney.

Extended Partnership to the U.S. Solidifies Clooney as Global Ambassador for Nespresso

As Nespresso’s U.S. brand ambassador, Clooney will share with American consumers Nespresso’s heritage of quality coffee, innovative design, leading sustainability and customer service. Clooney has been a long-term partner with the brand in Europe and other international markets, charming fans and coffee aficionados in broadcast and print campaigns since 2006. He also serves as a member of the Nespresso Sustainability Advisory Board, collaborating on ideas and solutions towards improving the lives and futures of coffee farmers.

“We are thrilled that George Clooney is expanding his relationship with Nespresso by becoming the new U.S. brand ambassador. We are very proud of the work we have done together and we look forward to extending the partnership to bring our brand story and high quality, sustainable coffee to more and more people in the U.S.,” said Guillaume Le Cunff, President, Nespresso USA and member of the Nespresso Sustainability Advisory Board. 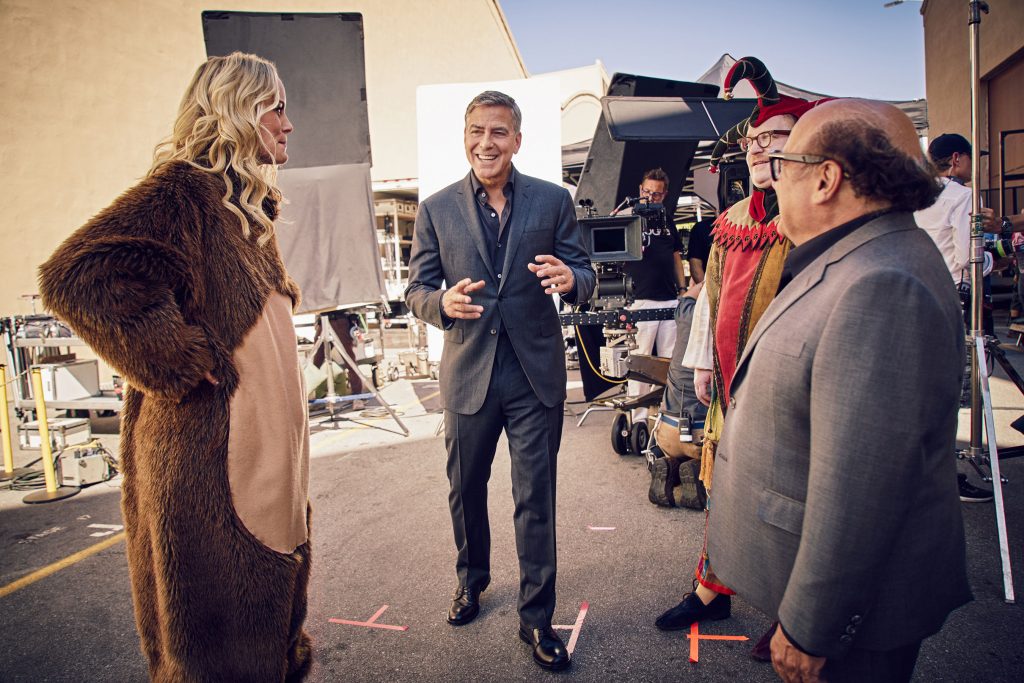 “I’ve been working with Nespresso internationally for nine years and I really love and respect the brand, what they do, and how they do it,” said George Clooney. “Nespresso and I have a shared commitment to sustainability, most recently helping to rebuild coffee farms in South Sudan. They are an incredibly responsible company and I am excited to expand my partnership with them into the U.S.”

Inspires His Friend, Danny DeVito, to “Experience a cup above”

In the 30- and 60-second television ads, Clooney dressed in a war General costume is in a movie studio commissary lined up for coffee where he meets Danny DeVito, wearing a Napoleon costume. 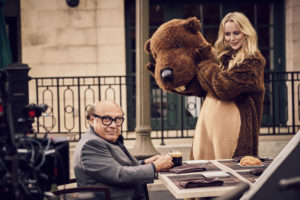 Danny is pouring himself a coffee from an antiquated coffee pot while George brews himself a fresh Nespresso. Danny, and various other characters in costume, is intrigued with George’s coffee selection and proceeds to ask Clooney to introduce him to Nespresso. Clooney, in his characteristic wit and charm, agrees to train Danny in the art of good taste – from his coffee selection to the beauty of tango dancing to a finely tailored suit. In the end, George himself is even impressed. Through their entertaining and comedic interplay, Clooney and DeVito demonstrate how everyone can “Experience a cup above.”

The statement is an invitation into Nespresso’s elegant lifestyle and the company’s commitment to deliver the highest quality sustainable Grand Cru coffees to its consumers. Only 1-2 percent of the world’s coffee crops match the brand’s strict quality requirements and aroma profiles.

While the broadcast ad injects a sense of humor into the campaign, the print execution is about simplicity and contemporary sophistication. The setting is a modern living room in a luxury, sky-high city apartment. Clooney, in a grey suit, relaxes on an iconic lounge chair while he savors his Nespresso and takes in the view and the simple art of good taste. 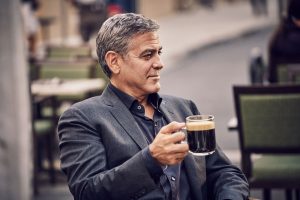 Nespresso is committed to having a positive impact on the environment, farmers, consumers and society at large. As a member of the Nespresso Sustainability Advisory Board, George Clooney elaborates on Nespresso’s dedicated approach to coffee quality and sustainability and his involvement in Nespresso’s sustainability efforts in a partnership web film. In the film, Clooney discusses his decade-long collaboration with the brand, its positive impact on thousands of farmers and their communities, and the work being done in South Sudan to revive high quality coffee production.

“George Clooney has shown great interest in the lives of coffee farmers, and the initiatives Nespresso has undertaken to support them in producing high quality sustainable coffee and enhancing their welfare. He has been involved from the beginning in our efforts to revive high quality coffee production in South Sudan, which is contributing to economic development in the country” added Le Cunff.

Nespresso is committed to ensuring that each of its capsules can be recycled, which is why it provides three different recycling options in the U.S., including 500 collection points across the country at Nespresso Boutiques and drop-off locations at select retail partners. In addition, a UPS mailback program provides pre-paid recycling bags for consumers to mail back used capsules by dropping them off at one of the 88,000 UPS drop off locations across the country. Nespresso recently expanded its program with UPS from 20 to 48 states.

For more information on the “Experience a cup above” campaign on November, 2nd.

Nespresso Introduces George Clooney As New US Brand Ambassador added by Newsroom on October 30, 2015
View all posts by Newsroom →