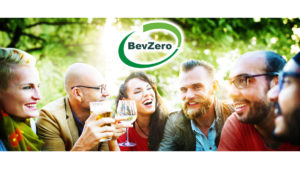 BevZero will supply premium non-alcoholic wine, and beer products, through the use of technology that includes the spinning cone column and, more recently, its Go-Lo technology. It will utilise ConeTech’s technologies, which allows for the removal of 100% of the alcohol from a wine, or beer, it says, without compromising the quality of the finished product.

ABT/BevZero’s technologies use an advanced method of very low temperature distillation (VLDT) that allows for selective capture preservation of aroma/flavour compounds, and removal of alcohol as necessary, from these liquids.

Speaking to the drinks business at the World Bulk Wine Exhibition in Amsterdam recently, Debbie Novograd, CEO of ABT, said: “Growth of the non-alcohol category is a strong story, not only in South Africa and Europe, but we are also seeing it in the US. We have been producing non-alcoholic wine for years and we believe we are positioned perfectly and uniquely to be able to provide these products to the industry. Not only to those who wish to remove alcohol from their own product, but we also have the expertise to create the finished product. The non-alcoholic drinks category is seeing tremendous growth opportunities.”

A complementary benefit of producing non-alcoholic wines to the industry also means that BevZero will be perfectly placed to take advantage of the burgeoning market for cannabis infused beverages.

Legally, a cannabis infused beverage must be non-alcoholic, meaning that the products produced by BevZero will also be attractive to those seeking a non-alcoholic base wine or beer, which can then be infused with cannabis.

“A lot of people saw recreational cannabis as a threat to beer and wine because they thought of it as a replacement, but we see it as a huge opportunity. People will always want to socialise. They don’t want to simply sit down and smoke. They want to socialise over a beverage, a glass of wine or beer for example. BevZero is 100% focused on the non-alcoholic drinks category, promoting and providing bulk a non-alcoholic product, that could also be infused with cannabis.”

Canada is currently leading the burgeoning cannabis edibles market, having legalised the drug earlier this year. It is currently working to make the packaging and distribution of cannabis edibles, including food and drink, regulated, which is expected next year. The country’s Imperial Bank of Commerce predicts the value of cannabis will reach C$6.5bn (£3.77bn) by 2020, overtaking a spirits industry that was worth C$5.1bn last year. 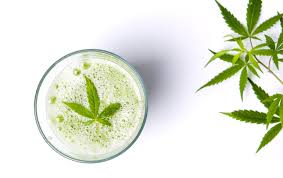 In the US, 10 states have already legalised the use of cannabis, including Michigan, Oklahoma, Vermont, Alaska, California, Colorado, Maine, Massachusetts, and Washington DC. In terms of which drinks companies have made the biggest investment in the cannabis market, Constellation is the biggest player.

The company acquired a 9.9% share in Canopy Growth, Canada’s biggest traded cannabis firm, for £141 million (US$179m) in October, back when, according to the Wall Street Journal, Canopy Growth had a market value of £1.3 billion (US$1.6bn). It has since said that it plans to invest a further US$4 billion, to acquire a 38% share of the business.

Brewers are also interested in entering the cannabis drinks market. Molson Coors has embarked on a joint venture with Quebec’s Hexo’s Corp to develop a range of cannabis drinks in Canada, while Heineken’s Lagunitas label has launched a brand specialising in non-alcoholic drinks infused with THC, marijuana’s active ingredient.