By Newsroom on June 25, 2014Comments Off on Now, Football Fans Can Enjoy Salted Nuts Without Guilt 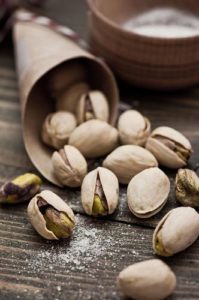 New market research conducted by TNS for the Israel Society of Hypertension shows that 62% of consumers who watch TV eat savory snacks, while 50% eat a variety of salted nuts. During football games like FIFA World Cup in Brazil, sodium consumption typically increases dramatically. Salt of the Earth created a low-sodium salt designed to reduce sodium up to 60% in savory formulations using such popular ingredients as peanuts pistachio, almonds and seeds.

“Consumers prefer healthier products but won’t compromise on organoleptic properties like flavor and mouthfeel,” says Giorit Carmi, Marketing Manager of Salt of the Earth. “Eating nuts while watching sports is a core part of our culture-even more common than drinking beer. We identified this niche sports fan market as one of the premium targets for reducing sodium consumption. Zarubi Pitzuchai Hagalil, one of the leading nut companies in Israel, recently added it to their line with great success. Our next step is to introducing this low-sodium ingredient into the global market.”

The new low-sodium ingredient keeps the same salty taste in a formulation, but has much less sodium. It contains high-value potassium chloride derived from the Dead Sea, plus natural, sustainable Red Sea salt. Salt of the Earth relies on Mother Nature’s powers to produce sea salt, without chemical processing and with a minimal ecological footprint. Red Sea salt is rich in essential minerals and microelements that are vital to well-being. 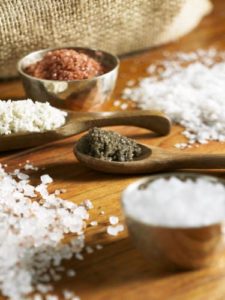 This outstanding sodium-reduction ingredient is heat stable and enables a “low-sodium” label claim. It contains no artificial ingredients or preservatives, and is produced under strict inspection to ensure potency, purity and safety. Zarubi tested the ingredient in multiple lab applications using several kinds of nuts and based on these results decided to launch the low salty nuts line in Israel.

“The test results should encourage savory snack makers to develop low-sodium nut snacks,” adds Carmi. “Nuts and seeds are highly nutritious, but a key challenge is to reduce sodium without impaction salty flavor.”

Salt of the Earth produces and markets to food manufacturers and retailers worldwide advanced sodium-reduction and low sodium salt  ingredients and final products made from natural salt harvested from the Red Sea. Salt of the Earth is a deep-rooted, renewal-focused company. It developed a sustainable strategy to implement the management commitment for the environment, community and its employees.

Now, Football Fans Can Enjoy Salted Nuts Without Guilt added by Newsroom on June 25, 2014
View all posts by Newsroom →