By Newsroom on November 15, 2016Comments Off on Nutella’s First Branded Content Series Looks To Spread Happiness

Feeling down? Nutella has something that might help. The hazelnut spread has released its first branded content effort, a documentary series from creative shop Brand Programming Studios, that’s meant to make consumers happy. 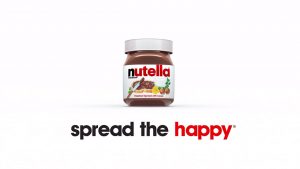 With the series, “Spread the Happy,” Nutella is looking to “celebrate real people and real stories,” explained Eric Berger, marketing director for Nutella USA. The release of the series is timed to the holiday season. There are four episodes total with a new one released each week on the brand’s YouTube channel.

“We don’t want to fabricate anything,” said Berger. “This is definitely not an ad campaign, we’re trying to take the branding out of it as much as possible. We’re really trying to communicate the happiness message. You’ll notice that these are not ads—it’s a web-series brought to consumers by Nutella so we’re not trying to brand it. We’re just generally trying to spread happiness and inspire others to do the same.” 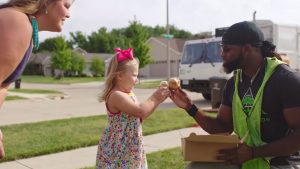 The first episode, “Brooklyn and Delvar,” shows how a young girl tries to make her local garbage man feel special on her birthday. The creative shop behind the series approached it as if it were planning a television show rather than an ad campaign, according to Geoffrey DeStefano, CEO of Brand Programming Studios.

“This is our first season, we’re already planning out a second season,” said DeStefano. “It was really about finding these everyday stories of real people that are going out of their way to spread happiness, whether that’s through their creativity or their personality or through general acts of kindness or through some other philanthropic way as well.”

Here’s an overview from the brand of the series’ episodes: