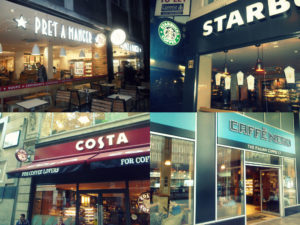 Coffee shops, it seems no UK high-street is complete without one, and proving consumers passion for espressos, lattes and cappuccinos, new research from Mintel reveals that this year coffee shop sales are set to reach a record new high as the market tops £3 billion.

Jonny Forsyth, Global Drinks Analyst at Mintel, said: “The nation’s appetite for coffee shops shows no signs of abating. The coffee shop boom has been remarkably recession-resistant in the past decade, which illustrates just how important a part of UK culture the fresh, specialty coffee habit has become. However, in 2015, the UK market was also helped by the increase in real incomes and consumer confidence seen during the year, which has led to more spend per visit. Large coffee shop chains continue to expand aggressively which is helping to boost the market.” 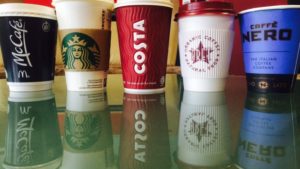 Today, as many as three quarters of Brits (74%) buy hot drinks out-of-home, with just over one quarter (27%) using independent coffee shops or cafes, 27% using fast food chains and a significant minority (14%) of consumers buying hot drinks from restaurants, pubs and hotels.

Purchase of hot drinks out of the home peaks among Millennials before declining with age. Those aged 16-34 are more likely than most to buy any hot drink out-of-home with 81% doing so, compared to 67% of those aged over 65.

However, it seems that it is the older consumers who are most likely to be coffee connoisseurs with respect to quality. Of those aged 45-64 who buy hot drinks out of the home, three in five (60%) say that high quality coffee was an important influence when choosing where to buy their beverages, compared to just 50% of those aged 16-34.

“The large specialist coffee chains face increasing competition from non-specialists such as pubs and fast food restaurants, which continue to improve and upgrade their hot drinks offers. They also face increased competition from smaller specialists, often at the forefront of innovation, which are attracting funding for expansion. Representing considerable competition to specialist coffee shop brands, independent stores are likely to grow significantly as coffee drinkers seek a more unique, artisanal, high quality and ‘third wave’ coffee experience. In reaction to this increasing threat, larger specialists are exploring new revenue streams, for example, by trialling alcohol, evening hot food and by teaming up with third party fresh food brands,” Jonny comments. 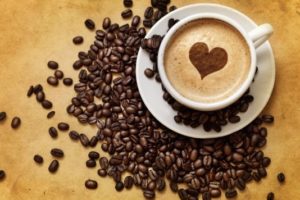 Meanwhile, in terms of fresh coffee shop product concepts, one in five (20%) Brits say they would be interested in coffee made using non-dairy milk for example almond or coconut, while the same number (20%) are interested in draught or “nitro” coffee, a brew method that is slowly creeping into UK coffee shops and infuses small nitrogen bubbles into cold brew coffee to create a creamier and smoother taste. Nitro is a more appealing concept to UK consumers than standard cold brew coffee as 11% of consumers show an interest (cold brew is a format which involves coffee beans being soaked in water overnight to create a concentrate which is then made into a ready to drink, chilled coffee). 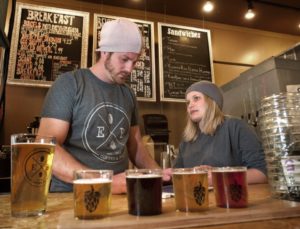