By Newsroom on June 1, 2016Comments Off on Over a Third Brits Won’t Spend More Than £5 on a Bottle of Wine 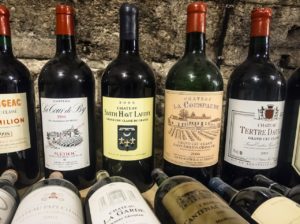 10,000 people across the UK were asked what influences the wine they buy and how much they spend on a bottle – with respondents sharing the reasons behind their tipple of choice.

The survey – co-ordinated by personalised wine retailer Hannibal Brown – revealed that, for over 35% of the population, a fiver is their limit.

Word on the grapevine

A fifth of Brits (and 43% of 55-64s) cited the wine’s origin as a decision-making factor when it came to the bottles they buy. 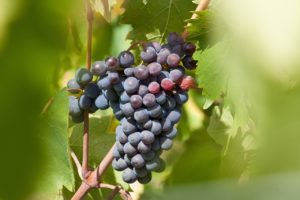 Packaging proved influential for the UK’s female population, with over a quarter of women surveyed revealing that looks matter to them.

Age – more than just a number?

With 12% of respondents citing the vintage of a wine as a deciding factor, and a further 7% in favour of organic flavours, it seems the UK’s wine drinkers are keen to know when and where their grapes were grown.

This was particularly important for over 65 year olds, 30% of whom believed a wine’s vintage or organic background was important.

Some respondents offered up their own alternatives when it came to what influenced their wine purchases – with popular answers including the flavour and type of wine. 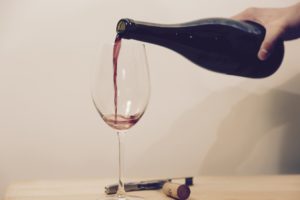 After the Daily Mail revealed that Brits drink over 3,200 bottles of wine every minute, this new survey sheds light on the UK’s attitude when it comes to the wine they want and what they’re willing to spend on it.

Founder of Hannibal Brown, Pamela Gregory said: “The survey threw up some interesting new aspects to wine purchasing behaviour.  While there are no surprises that cost continues to be the major influencer, there were some other encouraging answers. We were pleasantly surprised by the responses from over 65s – who showed a strong preference towards the natural/organic wine category.

“The results confirm that packaging continues to play an ever-increasing important role, particularly among women. This is strongly reflected in our own wine sales – with a high number of female clientele wishing to take advantage of our personalised wine design service.”

What influences which wine(s) you buy?

How much do you spend on a bottle of wine?

Over a Third Brits Won’t Spend More Than £5 on a Bottle of Wine added by Newsroom on June 1, 2016
View all posts by Newsroom →