By Newsroom on August 5, 2015Comments Off on Papa John’s Latest Ad Tells Viewers That Its Pizza Has Always Been Au Naturel

Pizza chain Papa John’s wants people to know that it won’t be next in line to jump on the natural food bandwagon – because it was there long before its competitors were.

Now that ‘organic,’ ‘preservative-free,’ and ‘natural’ are the latest food buzzwords, Papa John’s is capitalizing on its ‘better ingredients, better pizza’ tagline like never before in a one-minute spot. 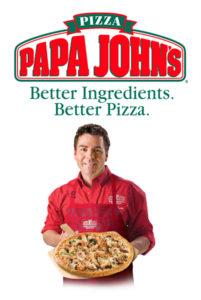 Created by Grey New York, the ad features John Schnatter, Papa John himself, as he tells the story of his company’s beginnings and his commitment to quality ingredients.

“When I hear other places are starting to remove things like MSG, partially hydrogenated oils, and fillers in their toppings I say ‘good, we’ve already done all that and more,’” he says in the video. Recently, companies such as McDonald’s, Taco Bell, and General Mills have voiced their commitments to healthier ingredients.

According to the company, over the years Papa John’s has removed fillers from its meat toppings, started using fresh instead of frozen dough, and more recently removed MSG from its ranch dressing and trans fat from its garlic sauce.

As part of the campaign, Papa John’s will also display short video clips on its site highlighting the quality of its cheese, dough, meat, sauce, and vegetables.

Papa John’s Latest Ad Tells Viewers That Its Pizza Has Always Been Au Naturel added by Newsroom on August 5, 2015
View all posts by Newsroom →