By Newsroom on July 17, 2013Comments Off on Paulaner Beer Triples Sales in Latin America

The tradition-rich German brewery Paulaner has been able to further increase its sales volumes in the highly competitive Latin American market in recent years, nearly tripling sales since 2009.

Beer specialities ‘made in Bavaria’ 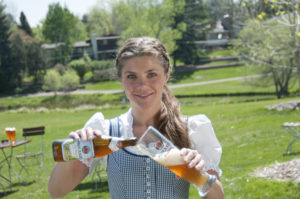 “Latin America is an important future market for us. The strong sales figures underscore the positive reputation of German quality products in Latin America. We are pleased to be such a big part of that with our beer specialities,” says Dirk Wagenführer, Sales Director Latin America for Paulaner.

Exporting to 74 countries, the Munich-based company is the world market leader in the wheat beer segment and along with other brands such as BMW, Audi and Siemens a byword for premium quality “made in Bavaria” – in Latin America, too.

With its speciality beers, Paulaner offers a premium alternative to the American light lager beer produced by the major breweries that dominate the Latin American market despite meagre product diversity.

Most Latin American countries continue to levy high tariffs and taxes on imported beer. Yet Paulaner Brauerei exports successfully to these markets.

To ensure the same unmistakeable taste and high German quality standards all over the world, all of its beers are brewed and bottled exclusively at corporate headquarters in Munich.

Paulaner wheat beer is brewed according to the German Purity Law of 1516 and contains only hops, barley malt, yeast and water. Its mild, full-bodied taste and distinctively fruity aroma make it so popular worldwide. 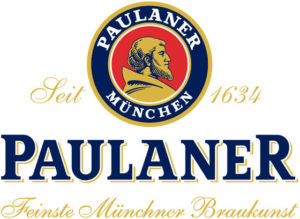 While young emerging markets including Uruguay and Paraguay have been tapped in recent years, Brazil remains the continent’s most important market for Paulaner, generating nearly half of the company’s sales in Latin America.

With a population of 200 million and annual per capita beer consumption of 65 litres, Brazil is the third-largest beer market in the world – and is still growing. The reason is robust economic growth.

More and more Latin American restaurateurs want to offer their customers something special. Traditionally, wheat beer is served in specially shaped tall, slender glasses so that the effervescent bubbles can rise to the top slowly, keeping the beer fresh and sparkling. Demonstrated by the server, the correct pouring ritual is a skill that guests often find fascinating.

After Brazil, Mexico is the number-two key export market for Paulaner in Latin America. The premium beer from Bavaria is particularly popular in major urban areas like Mexico City and tourist resorts such as Cancún.

“When Mexicans think of Germany, they think of a party atmosphere, dirndls and lederhosen, beer and Oktoberfest – in short, about the Bavarian way of life. Paulaner embodies that authentically,” Wagenführer explains.

“The Mexican beer market is already one of the ten biggest in the world, and is currently undergoing an upheaval. Demand for speciality beers instead of ordinary lager is significantly on the rise in Mexico,” adds Wagenführer.

Paulaner wheat beer remains the best-selling beer of its kind in the world. With products available in 74 countries around the world, the Paulaner Brewery Group once again posted record sales last year, with 2.9 million hectolitres of beer sold.