By Newsroom on June 19, 2014Comments Off on Pepsi Quenches Consumer Thirst For Fun With Real. Big. Summer. 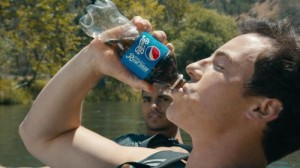 After a long wait, summer is finally here and everyone is looking to make this summer bigger and better than ever… Pepsi couldn’t agree more. To kick-off the season and ignite the fun at summer’s hottest destinations, Pepsi is giving consumers unparalleled access to experiences and events with the “Real. Big. Summer.” campaign. The brand is taking it to the next level and inspiring unforgettable fun all season-long.

As summertime’s top concerts, sporting events, festivals and beachside parties approach, Pepsi has answered the call from fans to take these summer pastimes to another level of awesome. Pepsi will be listening on Twitter to #RealBigSummer, surprising lucky fans with VIP access and experiences. Fans will have a chance to win more than 400 unique prizes taking them to the biggest ballparks, concert venues, festivals and more throughout the season.

“Summer is a big deal and Pepsi wants to help fans make the most out of the season by exceeding their wildest expectations of summer and instigating spontaneous fun,” said Lou Arbetter, Senior Director, Pepsi Marketing. “Real. Big. Summer. is all about taking ordinary summer pastimes and transforming them into truly epic experiences in ways that are only possible with Pepsi. ” 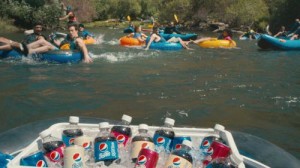 Here’s just a small taste of how Pepsi will transform everyday moments into unexpected, epic experiences with Real. Big. Summer.:

Pepsi Quenches Consumer Thirst For Fun With Real. Big. Summer. added by Newsroom on June 19, 2014
View all posts by Newsroom →