By Newsroom on October 25, 2016Comments Off on Pernod Ricard on Moving Whisky Away From Its ‘Old Man in Slippers’ Image

Chivas Regal is keen to open up its brand to female consumers, but admits that it does not see its advertising focus shifting away from men just yet.

Speaking at an event to launch its new Chivas Regal Ultis edition, the brand’s global ambassador Max Warner told Marketing Week that even though whisky’s advertising is large male driven, this is changing – albeit slowly. 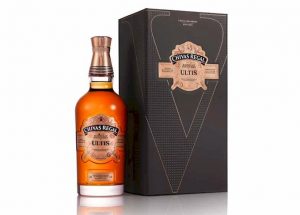 “Our brand focus, due to a lot of our distribution and volume, is about masculinity and I don’t see it changing soon. But we’ve had some help along the way from shows like Madmen and Boardwalk Empire, where it’s all about style and culture,” he said.

“By stimulating people’s ideas for using whisky in different ways, it already starts drawing it away from the ‘old man syndrome’, where whisky is seen as a drink for an old man in slippers.”

The campaign for the new edition continues the brand’s male focus. It pays homage to five generations of Chivas master blenders by using their DNA to create artwork. All those featured in the ad are men. 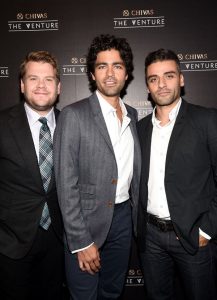 Instead, the Pernod Ricard-owned brand is hoping to make whisky appealing to new audiences through its ‘The Venture’ programme, which aims to find the world’s most promising social entrepreneurs and offer them a share of its $1m (£820m) fund. Earlier this year, it appointed actress Eva Longoria as one of its judges.

“We do look at figureheads to make whisky accessible and acceptable to a wider audience. We have recently appointed three new ambassadors [for The Venture], including actors Javier Bardem, Chris Evans and Don Cheadle. And trust me – they weren’t chosen to appeal to men,” he explained.

Warner added that any global luxury brand that doesn’t have a social purpose “is going to struggle” to survive.

He concluded: “We are looking for ways that we can do things differently, on both a consumer and trade level. When it comes to luxury brands, if you don’t have social purpose as part of your conversation it will just make consumers think ‘so what?’.”

Pernod Ricard on Moving Whisky Away From Its ‘Old Man in Slippers’ Image added by Newsroom on October 25, 2016
View all posts by Newsroom →