Made by creative agency The Bank, the new campaign tells the story of Peroni Nastro Azzurro’s creation in Italy in 1963, and highlights the moments of inspiration that gave birth to the brand.

The opening of the cinema film is set in 1930’s Genoa and shows the success of the SS Rex. 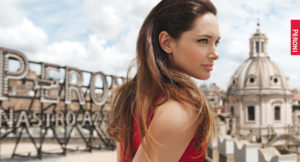 The Italian liner won the ‘Blue Riband’ trophy (Nastro Azzurro) in 1933 and became a symbol of excellence and craftsmanship.

The rest of the film, shot on location in the streets of Rome, showcases how the cultural richness of Rome, as well as the feeling of optimism and creativity that epitomised the 1960s, inspired Carlo Peroni.

“The campaign will keep the brand in the forefront of target consumers’ minds, allowing retailers and licensees to trade customers up, taking advantage of the higher margins World Beers offer.”

The campaign will be present in cinema, print and out of home; targeting relevant films and magazine titles which connect with Peroni Nastro Azzurro’s target consumers.