By Newsroom on June 7, 2018Comments Off on R.White’s Attempts World Record on a Penny Farthing as Part of its Summer Marketing Push 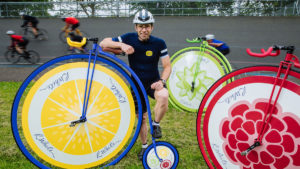 R.White’s, the premium lemonade brand owned by Britvic, is putting its 173 year heritage at the centre of its new £1 million marketing campaign, which kicks off in June and includes an attempt to break a world record on a Penny Farthing at the World Cycling Revival in London.

As one of the lead sponsors of the festival (14th – 16th June), which claims to be the greatest celebration of the bicycle the world has ever seen, R.White’s has partnered with long distance cyclist Mark Beaumont to attempt to beat the 132 year-old Penny Farthing Hour Record. 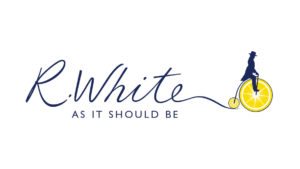 Known for his ultra-endurance cycling challenges and for being the first person in history to cycle around the world in less than 80 days, Beaumont will attempt to beat the record of 22 miles 150 yards (over 35.5km) in one hour on a Raspberry R.White’s branded Penny Farthing bicycle at the Herne Hill Velodrome, London – a record originally set by WA Rowe in 1886. 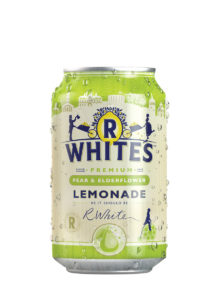 Kevin McNair, GB Marketing Director at Britvic said: “The Penny Farthing is synonymous with the R.White’s brand which is rooted in Victorian history, having grown from humble beginnings in South London in 1845 into a much-loved British household name. We’re extremely proud of our heritage, and with the World Cycling Revival celebrating the bicycle’s 200th year this year, what better way to kick off our summer campaign.”

The marketing campaign, rolling out in June, will also include outdoor advertising, in store and in outlet activations highlighting the brand’s taste credentials and premium flavours which launched in 2017: 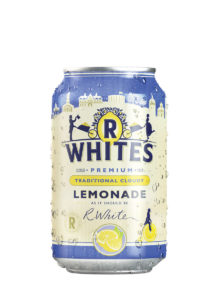 Pear & Elderflower, Raspberry and Traditional Cloudy Lemonade, in response to the growing demand for adult premium soft drinks. Since launch, the new flavours have added £3.1million retail sales value (RSV) to the lemonade category and are the number one, two and three biggest NPD launches in lemonade over the past 12 months. Each flavour contains real fruit juice and is a maximum of 56 calories per 330ml.

McNair continues: “Adults who are choosing soft drinks want to feel like they’re enjoying an indulgent, innovative and exciting experience. Our focus is on continuing to appeal to evolving consumer preferences and continuing to play a leadership role in offering consumers healthier choices while innovating to provide great taste and quality.”

R.White’s Attempts World Record on a Penny Farthing as Part of its Summer Marketing Push added by Newsroom on June 7, 2018
View all posts by Newsroom →