By Newsroom on December 1, 2015Comments Off on Richmond’s ‘Sausages & Chip’ is Helping Find Lost Toys This Christmas

Saatchi & Saatchi London and Richmond Sausages launch a UK-wide ‘Sausages & Chip’ campaign, helping to fuel family bonds. Continuing Richmond’s signature family focus, the brand’s positioning centres on the extreme lengths that parents will go to, to bond with their children and draws on the emotional ties between children and their prized toys.

With the caption ‘Keep the whole family together with Richmond and a toy tracking chip,’ Richmond and Saatchi & Saatchi London have developed, with technology partner Amigo Partnership, an innovative toy-tracking microchip that can be attached to toys to enable their whereabouts using an app that can be downloaded to a parent’s phone. 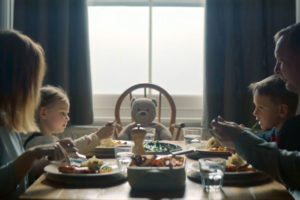 Putting the Chip in ‘Sausages & Chip’, the Bluetooth tracking device will be available through on-pack giveaways, offering lucky winners the chance to win one of 200,000 Richmond toy-tracking devices.

The campaign TV ad follows the real story of the Wright family and their five-year daughter Emily whose love for her ‘Teddy’ visibly enhances not only her life but family life as a whole. When Teddy goes missing and her world falls apart, it’s the Richmond toy-tracking chip that brings the family back together.

The work also includes a series of emotionally charged short documentary films, which will be shown online, in which Richmond explores three other real life families whose own personal stories demonstrate the unbreakable bonds and large-than-life roles their children’s toys have played in their children’s lives and also in their own.

Richard Huntington, chief strategy officer at Saatchi & Saatchi London group said “It’s every parent’s nightmare: the words ‘where’s blanky/bear/la la/bobbit’ followed by the realisation that they are somewhere between gran’s house and the services on the M6. Solving a crisis like this is a perfect role for Richmond, a brand built on bringing every member of the family together.” 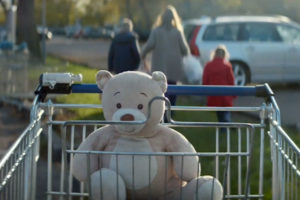 The Richmond ‘Sausages & Chip’ app, which can be downloaded from either the App or Google Play store, uses a range of technology to help reunite children with their lost toy. By combining low power Bluetooth, sound and a phone’s GPS, it makes losing teddy almost impossible. The Bluetooth signal and speaker helps locate teddy when it’s nearby, letting parents know when it is in the next-door room or within arm’s reach. When teddy gets left behind on a day out, the app uses a phone’s GPS to help record its location, using the GPS coordinates of where it last received a Bluetooth signal so parents know where to return to look for teddy even 1000 miles away.

The £3 million through the line campaign encompasses a 60 second film, a 30 second cut down, and additional edits as part of a multi-layered social campaign retargeting consumers across Twitter, Pinterest and Facebook. Launching today in a 60 second spot in The X Factor, a 30 second cut down of the advert will then continue to run throughout December and January to support the campaign across live TV, cinema, broadcaster VOD, online video and on-pack. Video content from the campaign will be further shared across Facebook, Twitter and YouTube.

“Sausages & Chip will be our biggest campaign of the year, and comes at a key sales period when sausages are a meal-time favourite for families, and an essential Christmas dinner ingredient,” explains Sarah Davies, senior brand manager for Richmond.

Richmond’s ‘Sausages & Chip’ is Helping Find Lost Toys This Christmas added by Newsroom on December 1, 2015
View all posts by Newsroom →