By Newsroom on October 7, 2016Comments Off on Savoy’s American Bar Crowned Best Bar in Europe 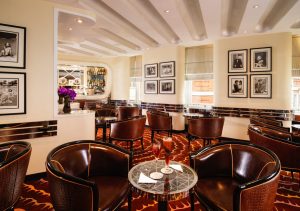 The 2016 World’s 50 Best Bars award winners were announced on October 6 and The Savoy’s American Bar have been crowned best bar in Europe and the second best bar in the world behind New York’s The Dead Rabbit.

This a fantastic achievement for The Savoy and the American Bar and Bar Manager, Declan McGurk said of their success:”We are incredibly proud of this recognition, which clearly demonstrates our commitment to honouring the legacy of the American Bar whilst pushing the boundaries of the bar industry.” 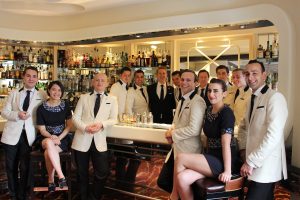 The American Bar may be the longest-surviving cocktail bar in the UK, and one of the most iconic in the world, but its continuous reinvention shows that the bar is still very much at the forefront of the beverage industry.

Taking in some of London’s most fascinating places from iconic landmarks to hidden corners, each cocktail on the menu has its own story to tell. Driven by American Bar manager Declan McGurk, the new menu was meticulously crafted and perfected over many months by head bartender Erik Lorincz and his creatively driven and talented team. The final result is a truly unique menu that brings the city to life through flavours, textures, tastes and stories.

Earlier in 2016, the American Bar won Best International Bar Team 2016 at Tales of the Cocktail.