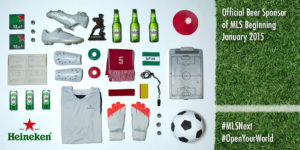 The deals establish Heineken either as the Official Beer (Chicago Fire, D.C. United, New York City FC and Orlando City SC) or as the Official Import (Columbus Crew, Houston Dynamo and New York Red Bulls) of each individual club. The agreement will see Heineken partnering with the clubs for signage, intellectual property rights and retail activations as the brand works closely with the clubs to continue enhancing the fan experience in each city.

The announcement comes on the heels of Heineken becoming the Official Beer of MLS beginning in 2015, bringing millions of fans in the United States the premium Heineken soccer experience that they are known for worldwide. 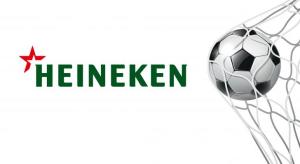 “By partnering with these clubs we’re able to more directly connect with  American soccer fans and provide them with a premium experience—and beer—they have come to expect from Heineken,” said Nuno Teles, Heineken Chief Marketing Officer. “We are known worldwide as a genuine soccer brand, and these partnerships will provide a direct platform to reach the soccer fans and fuel their passion for the game.”

Heineken’s relationship with MLS corresponds with the next phase of the League’s evolution, #MLSNext. In 2015, MLS’ 20th season will include a new-look crest, two new expansion clubs, new media partners and a new premium beer brand. The club deals will correspond with and supplement the league deal, with the brand providing fans of each team with additional initiatives and experiences, and inserting new tactics that open the world of soccer for American fans.

“Heineken does a tremendous job in activating their partnerships and we’re excited to see that creativity come to life alongside our league and these seven MLS clubs,” said Gary Stevenson, President and Managing Director, MLS Business Ventures.